Lorry transporting bales goes up in smoke on UK motorway 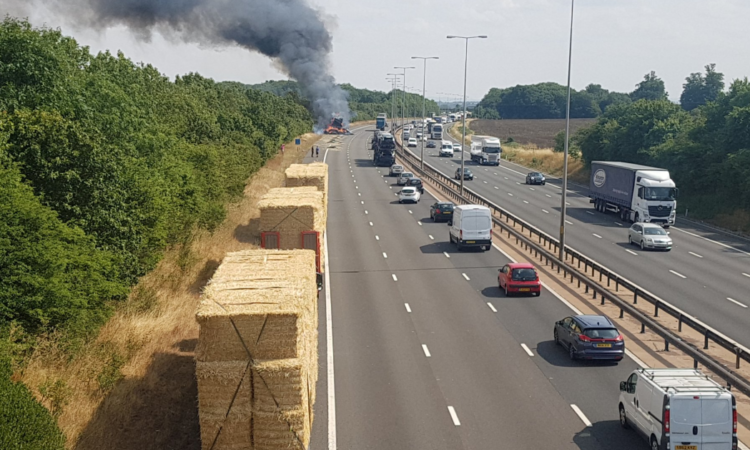 A lorry transporting a large number of straw bales went on fire on the side of a motorway in the UK yesterday (Thursday, July 19), causing widespread consternation locally.

West Mercia Police Operations and Communications Centre confirmed that the lorry fire broke out between Junction 7 and Junction 8 on the M5 southbound near Worcester, England.

According to Highways England, the incident forced the motorway route to be closed – causing traffic delays of 90 minutes. The motorway service provided an update, noting that a digger was sent to the scene to disperse the straw in an effort to extinguish it quicker.

Later a number of low loaders, a crane and a road sweeper were also sent to the location to help with the dispersion.

Thankfully, according to Highways England, the lorry driver was uninjured – apart from “a bit of shock”.

A number of motorists on the road at the time provided updates with images and videos of the flame-engulfed lorry via Twitter.

As can be seen, the lorry and its load were both razed to the ground following the inferno.

Wouldn’t bring any hay or straw down the M5 today. This’ll burn a while yet. pic.twitter.com/GgEVbsJBA2

Fire on the #M5 southbound.. pic.twitter.com/KvhDztDkZb

Highways England closed the M5 between Junction 7 and Junction 8 again last night to recover the burnt-out lorry and finish cleaning up the scene.

According to BBC Hereford and Worcester, parts of the M5 had to be resurfaced this morning as a result of the fire. 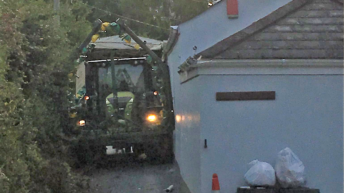