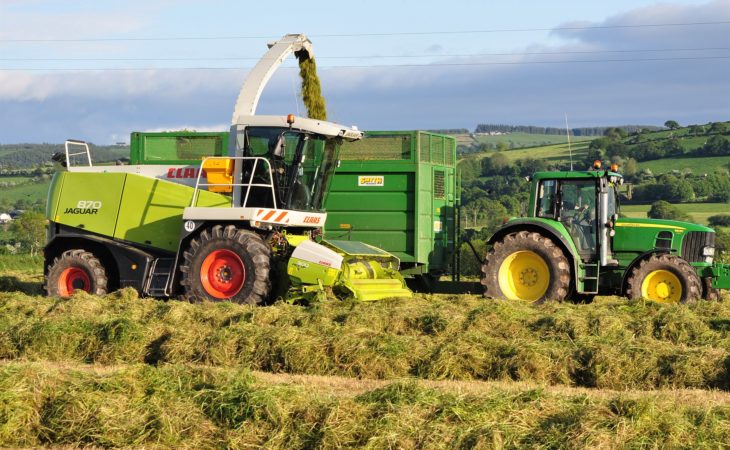 Claas Jaguar forage harvesters are now a common sight on farms all over Ireland every summer – but the advent of the self-propelled forager is a surprisingly recent phenomenon.

It all started for Claas with the 120hp Jaguar 60 SF (pictured below); these were launched onto the market in 1973. The machine was borne out of the need to harvest more maize in a shorter time-frame.

The 60 SF combined elements of the trailed Jaguar 60 with combine harvester assemblies; this approach, says Claas, enabled it to be launched after a “very brief development period”.

It also had a new blower (crop accelerator) unit, along with the facility to “separate the intake and drum housings”. The 80 SF also heralded the arrival of an ‘auto-steer’ feature when cutting maize; this was achieved using ‘sensing’ brackets on the header. 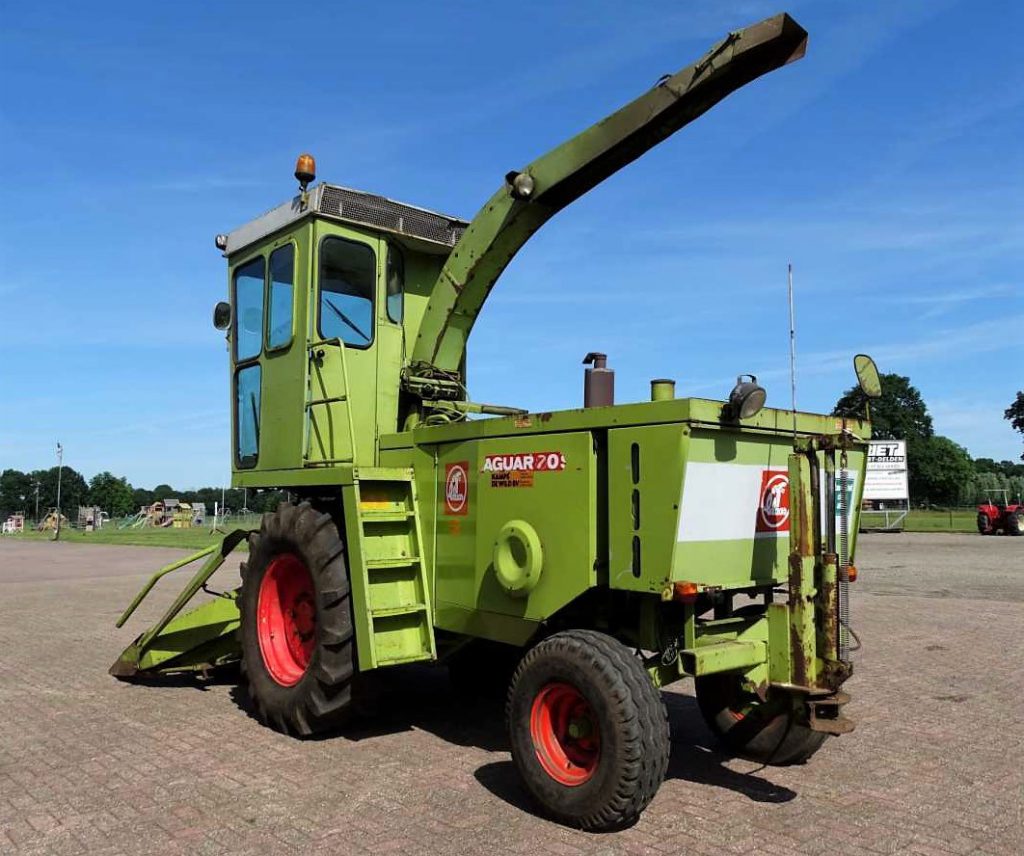 The 70 SF remained in production until 1982; the 80 SF survived until the following year. A limited number made their way to Ireland – chiefly to tackle grass rather than maize.

The much more modern 600 series (pictured below) came on the scene in 1983; this was the line-up that enabled Claas to exert its growing dominance over the European market. However, this dominance wasn’t quite so evident – as yet – here in Ireland. 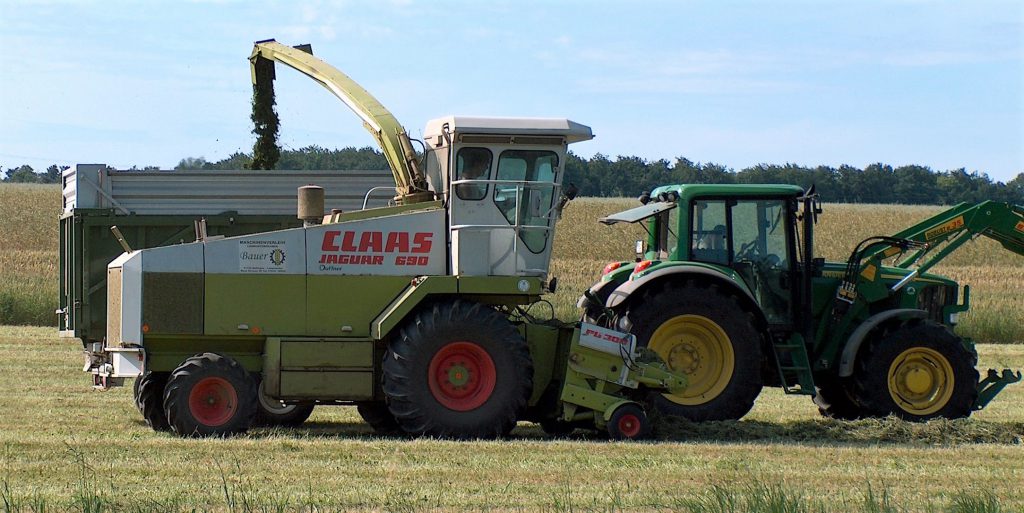 Noteworthy features included a metal detector (housed in a lower feed-roller), an optional corn cracker for maize and a much-improved cab.

The SL range (building on the success of the previous 600 series machines) arrived in 1987; it was notable for its V-type drum, with staggered knives. It was most readily-recognisable for its shapely cab. The range-topping 695 (pictured below) had 354hp under the hood – quite a tally in the heady days of the late 1980s.

These machines (an 840 is pictured below) moved forager design on a notch; they represented another big leap forward.

The advent of these machines also marked a noticeable uptake for Claas foragers across Ireland (mostly at the expense of New Holland south of the border).

These machines ushered in a host of updates, along with a bigger cab. Notable features included a new intelligent engine control system, a continuous moisture measurement system and a redesigned drum/cylinder.

The rest, as they say, is history… 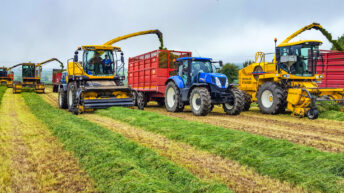 Where did New Holland self-propelled harvesters come from?