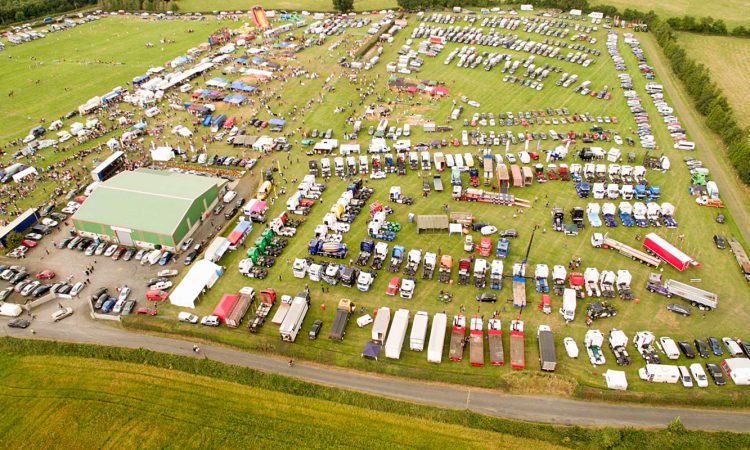 The long-running Ossory agricultural, vintage and threshing show is gearing up to take place in the Ossory showgrounds, Coolfin, Kilbreedy, Rathdowney, on Sunday, July 28.

There will be a truckers’ barbeque the previous night, July 27, with music by Derek Warfield and The Young Wolfe Tones, with DJ support act, in aid of Rathdowney Scouts and Rathdowney events committee.

Andy Walsh, show PRO, said that the livestock competitions are a strong element of this popular show.

The livestock section has been the backbone of the show throughout its long history, with keen competition for the prestigious prize of Ossory Show champion, across a wide variety of classes. 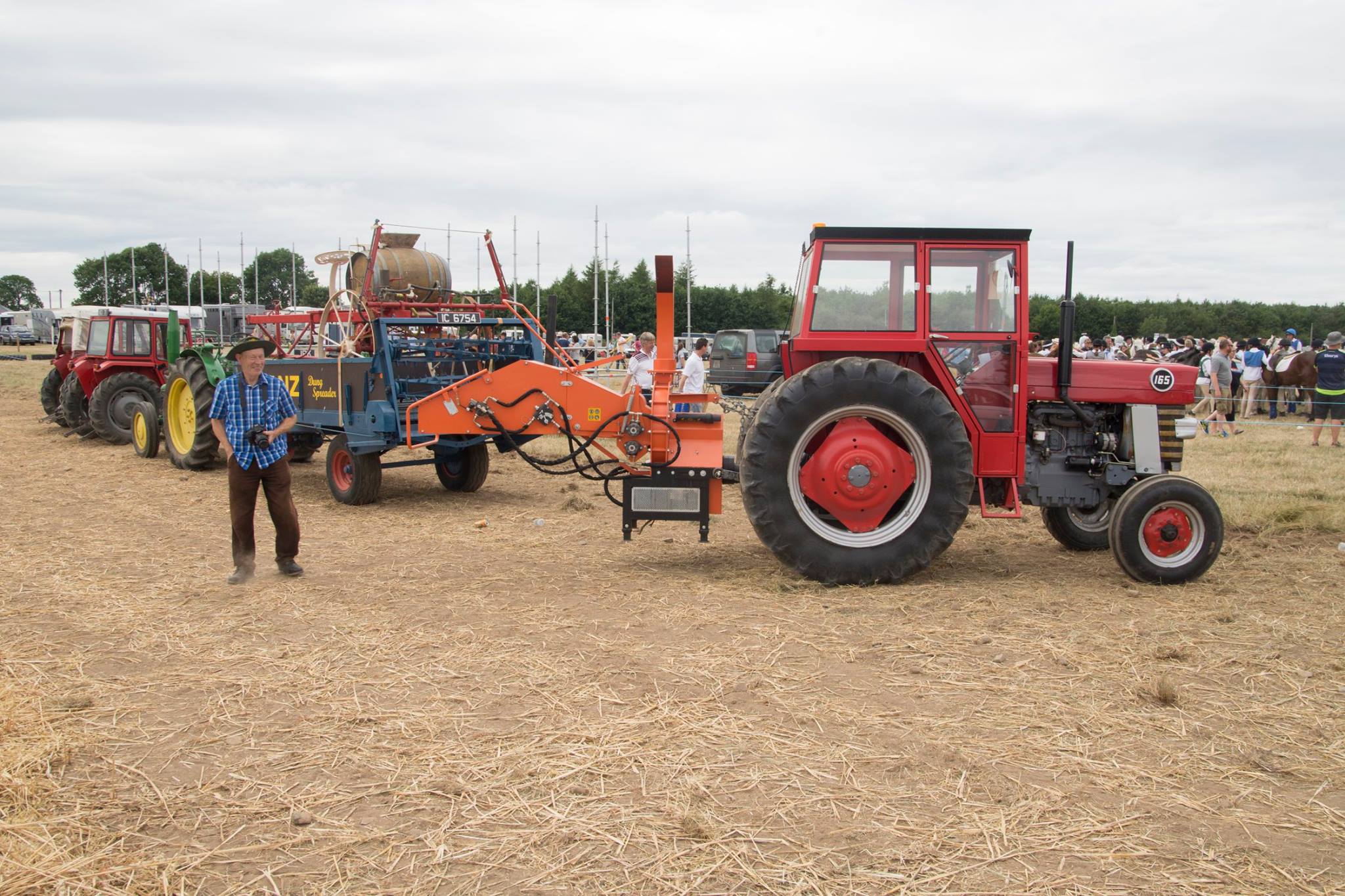 “Cattle breeds include: Limousin; Hereford; Salers; Angus; Charolais; Simmental; and Belgian Blue. There are also classes in other livestock categories such as: sheep; pigs; poultry; and horses,” Andy said.

“Now in its 121st year, the Ossory Show is one of the longest running agricultural shows in Ireland. Successive committees from the show’s inception in 1898 right up to the current day have ensured the event’s success and longevity through sheer hard work and commitment,” Andy said.

The show was named after Lord Castletown, baron of Ossory, who lived at nearby Granstown Manor, part of which is still standing. It originally took place at the Donaghmore Workhouse and moved to Rathdowney in 1915.

The long-running show transferred from Rathdowney showgrounds to a temporary site in Ballacolla in 1999. In 2000, it relocated to its permanent home at Coolfin, just outside the town of Rathdowney. 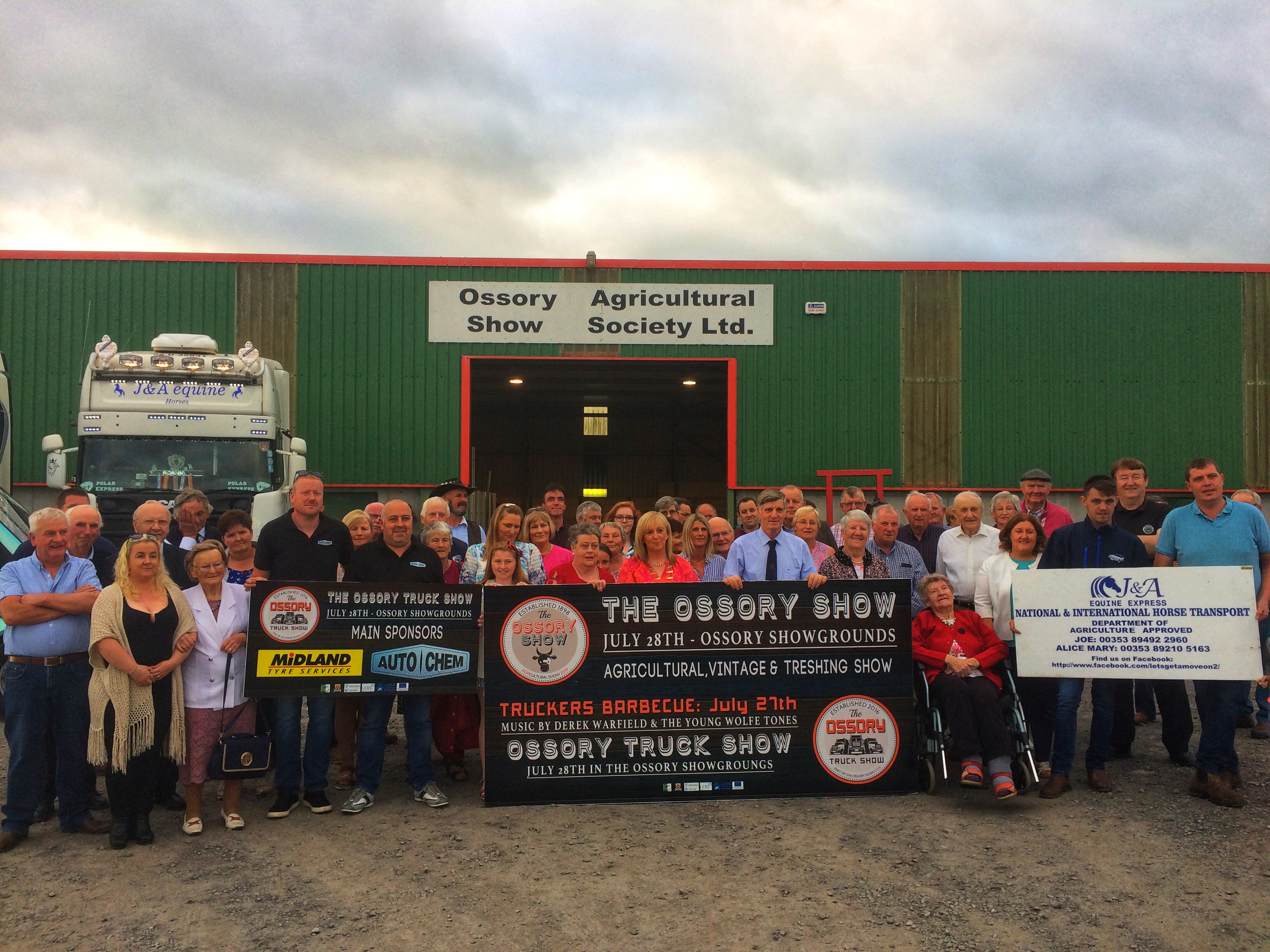 Also in 1915, the Department of Agriculture for Queen’s County, as Laois was previously known, gave a grant of £100 towards the organisation of the show. It has since been running continuously for over 100 years. The show took the title of Laois County Show in 1927.

The show has a large variety of classes including qualifiers for poultry; dogs; flowers; vegetables; baking; crafts; and produce as well as children’s competitions. The year 2000 saw the introduction of new classes such as carriage driving and tractor pulling.

“These events are supported by competitors and sponsors from all over Ireland. In 2016, the Ossory truck show was launched and became a huge success,” Andy said.

A key attraction is the hunt chase, with teams competing from all parts of the country. There will also be trade exhibitors of all descriptions, from crafts to horse tack.