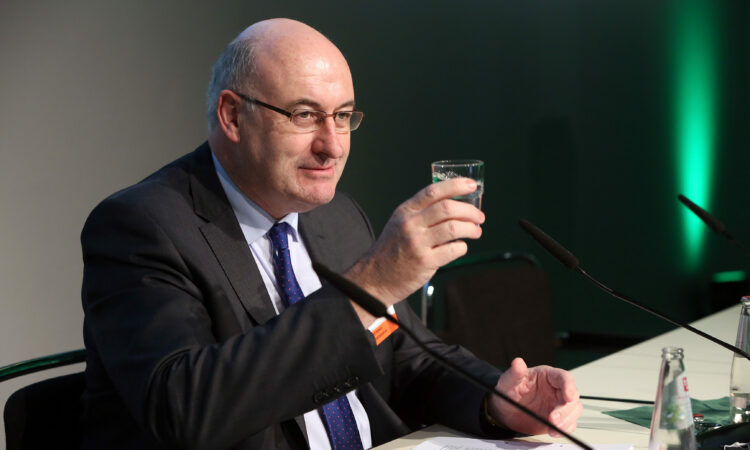 European Agriculture Commissioner Phil Hogan revived some 500 texts from protesters against the live export of animals in recent weeks.

According to the Journal.ie when responding to stern questioning from protesters over live exports Commissioner Hogan said that he would not be “bullied by 500 text messages” he’d received on his phone during the course of the day on animal farming and animal welfare issues.

“If you think that will work with me you can certainly forget about it. That’s a campaigning tool that should be well gotten rid of at this stage.

One group, Compassion in World Farming, is campaigning for an end to long journeys for farm animals destined for slaughter or further fattening.

It says that the best interests of good farm animal welfare, animals should be slaughtered as near as possible to the farm of rearing, with transport in the form of meat.

However, IFA Livestock Chairman Henry Burns has said that live exports are crucial to the survival of the Irish beef sector.

Latest figures show live export trade is increasing rapidly with a total of 7,241 head exported in the week ending March 1. Calf exports have increased significantly in the last week, accounting for over 66% or 4,822 head. Exports of adult cattle totalled 1,743 head last week with weanlings and stores totalling 326 and 350 head respectively.

According to Burns, exporters and shippers are working on the trade to North Africa and IFA is hopeful of positive developments over the next number of weeks.

The IFA Livestock leader said there are some more encouraging signs that the EU live trade to Turkey could re-emerge strongly with about 40,000 head of younger stock exported in the last three months.

In addition, he said there are talks that the live trade for finished cattle to Turkey may reopen soon. He said this could be a major boost for the bull trade in France and Germany.