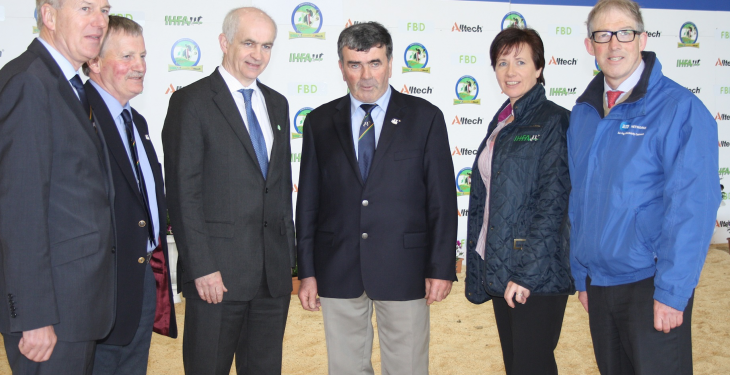 The Reserve went to Philip Jones Hallow Atwood Twizzle. The winner is the reigning 2014 Champion.

The Osmonds Premier Breeder went to Philip Jones, at Emerald Expo while the ICMSA Premier Exhibitor went to Bill O’Keeffe.

The winner of the Championship sponsored by Dovea Genetics has just been awarded to Bill’s heifer, Blackisle Laura 45 with the Reserve going to his Junior Pure Friesian, Churchclara Performer Laura. The Honourable Mention went to Churchclara Blackie Circus.

The winner of the Junior Championship sponsored by Volac has just been announced as Liam and Sandra Murphy’s heifer; Evergreen Seven Lauren with Pat Smiths Cahirmee Alex Paradise announced as the Reserve Champion. An Honourable Mention went to Mike Magan’s Bunacloy VB Doorman.