Arrabawn will pay its suppliers a base milk price for November of 29.68c/L including VAT.

Compared to October, this is a 1.5c/L increase on the base price.

LacPatrick Co-op has also announced that it will be increasing its November milk price by 2c/L for supplies.

Suppliers to the co-op will receive 29.25c/L for November supplies, including a Sustainable Dairy Assurance Scheme (SDAS) bonus of 0.25c/L.

The 2c/L increases in price by Arrabawn and LacPatrick are in line with other co-ops which set November milk prices last week.

On Friday last, December 16, Aurivo announced that it would be paying a base price of 29c/L, including VAT for November – an increase of 2c/L on the previous month.

The Board of Dairygold increased its milk price for November by 1c/L last week.

Kerry Group also announced that it would be increasing its milk price for November by 1c/L, bringing the milk price to 29c/L.

Meanwhile, following a meeting of the board of Glanbia, it announced that it will pay its member suppliers 30c/L, including VAT, for November manufacturing milk supplies.

Lakeland Dairies also confirmed that it has increased its November milk price by 2c/L, bringing the price paid to farmer milk suppliers to over 29c/L inclusive of VAT. 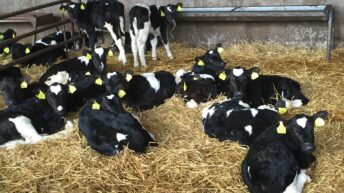