Krone ‘rolls’ out tracks and joystick-steering for the BiG X 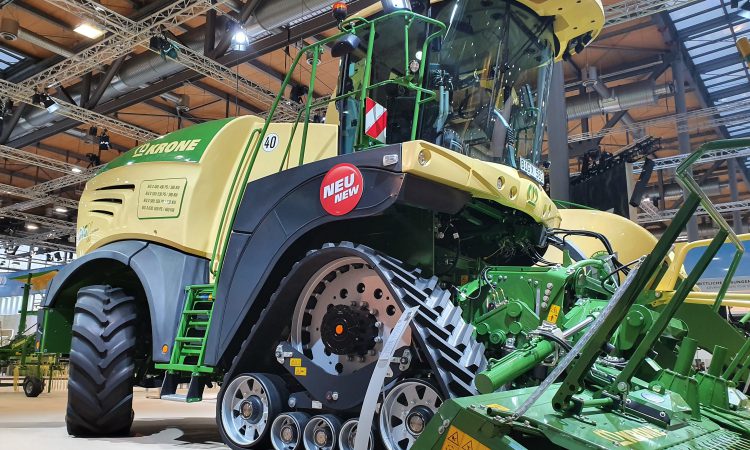 Krone had a significant presence at last week’s Agritechnica show in Germany.

Among its more eye-catching exhibits was a BiG X (pictured above) that was equipped with Zuidberg track-drive systems in place of its front wheels.

This approach is claimed to result in an overall (machine) width of less than 3m.

Krone also exhibited a stand-alone driver’s seat and associated controls (from a BiG X), with a joystick/paddle on the left-side armrest for steering (instead of a conventional steering wheel).

Elsewhere on the stand, Krone availed of the opportunity to show off its flagship forager – the 1,156hp BiG X 1180 (pictured below). 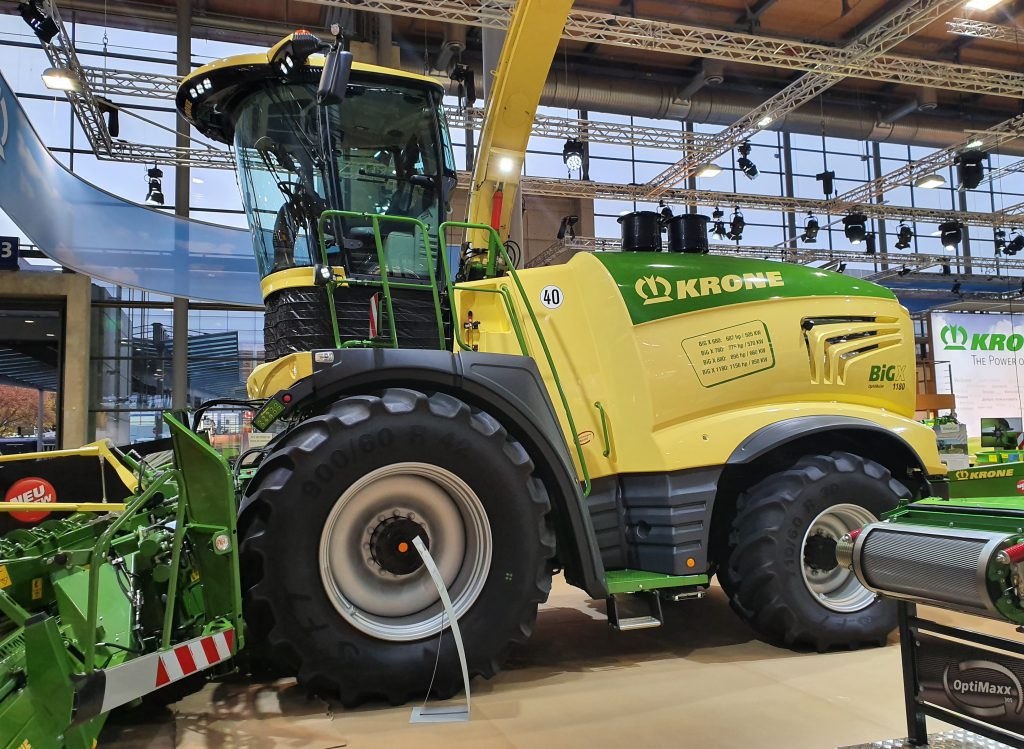 The machine on display was equipped with Krone’s cab-lift system – designed to improve visibility when harvesting tall crops of maize (and when side-filling into especially high trailers).

At the touch of a button (from the driver’s seat), the operator can raise the entire cab by 70cm on a hydraulic ‘scissor’ lift.

Of course, other brands of forage harvester were present at Agritechnica 2019 too. Among these was Rostselmash (one of its machines is pictured below). 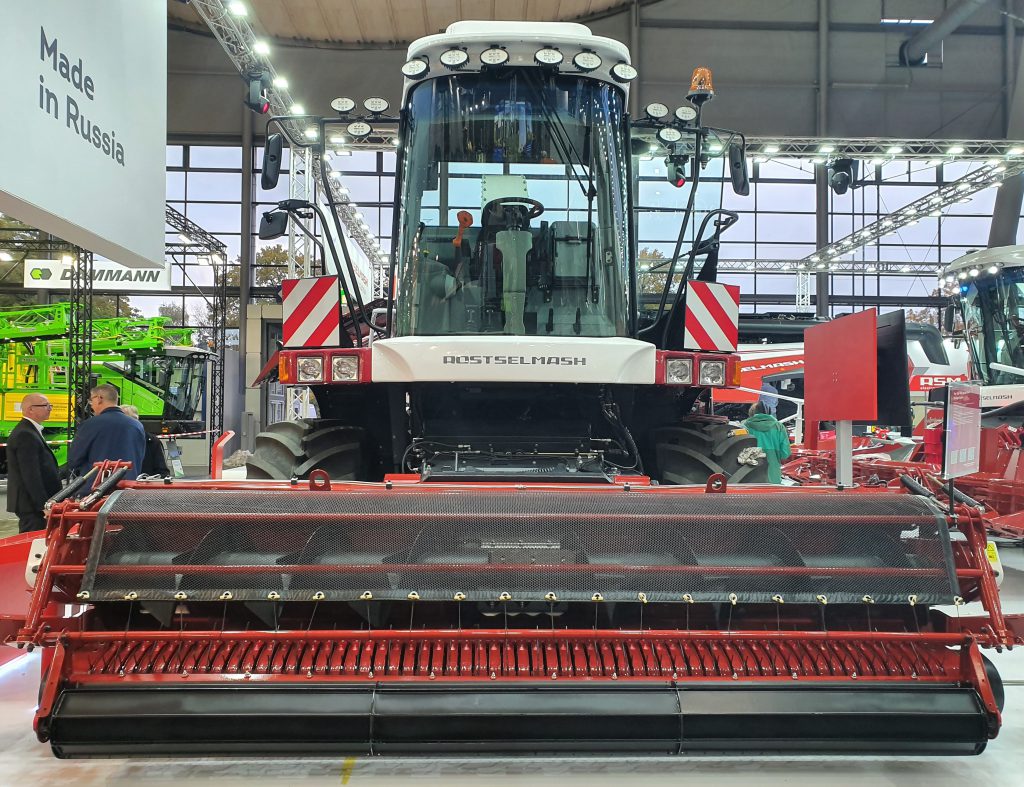 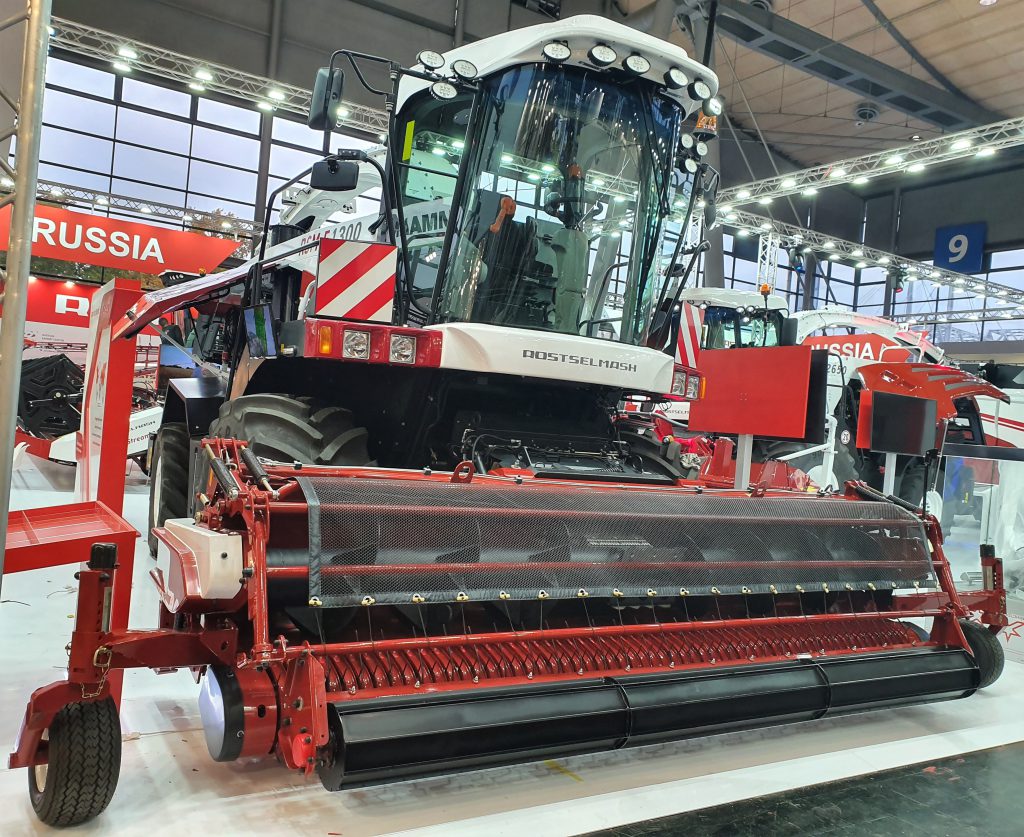 Its origins go back to the late 1920s; its first products were basic implements, including ploughs.

Versatile, a division of Buhler Industries at the time of the Rostselmash deal, launched its first tractor in 1966. The D100 was the first in a long line of articulated models. The brand was synonymous with high-horsepower, pivot-steer machines, which were most at home on the vast prairies of North America. 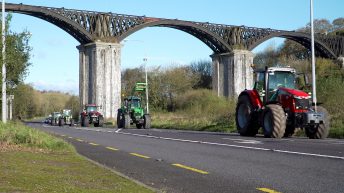