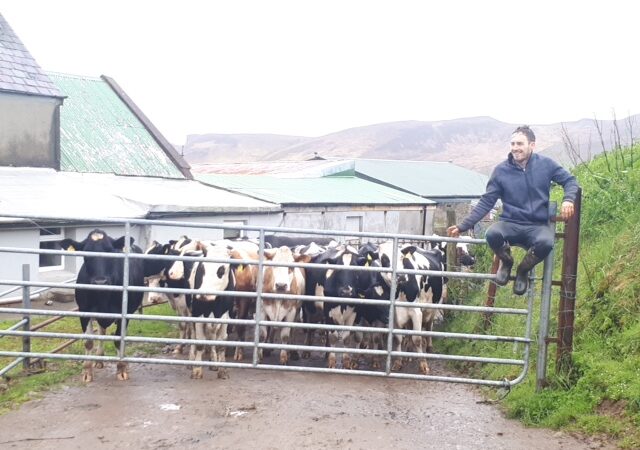 A farm family from Annascaul, Co. Kerry, with its own gym in a former milking parlour, will attempt to set five official Guinness World Records next weekend.

Jason Hickson, who recently left his job to take over the running of the family dairy farm from his dad, Patrick, will be joined in the quest by his brother Eamonn, a journalist and producer with Radio Kerry, and his sister, Sandra, a psychiatric nurse, based in Co. Cork.

The spectacle will begin on Friday morning when, live on Kerry’s Full Breakfast on Radio Kerry, Eamonn will attempt to break the record for most chest-to-ground burpees in one minute, with 20 to beat.

Later that morning, the action will move to An Riocht, in Castleisland. Jason, who recently completed his Green Cert, will take on the marathon task of setting the record for the furthest farmer’s carry of 100lb in 24 hours, with the current distance of 50km being the benchmark.

On Friday evening, Sandra will strive to set the Guinness World Record for the fastest mile wearing handcuffs for a female – with eight minutes the current standard.

On Saturday in WK Fitness in Dingle, Eamonn will undertake his second Guinness World Record of the weekend when he will try to do over 18 burpee pull-ups in one minute.

For the fifth record of the weekend, Eamonn will attempt to beat the current record of 200 for the most burpee pull-ups in one hour in WK Fitness on Sunday afternoon.

Eamonn (31) previously set two Guinness World Records, including the longest journey reversing a tractor and trailer, at 17.3km in 2014, and most squats in one minute carrying a 40lb pack in 2016. He has played Gaelic football for Kerry at all levels, and has two All-Ireland medals at U21 and junior.

“The first two Guinness World Records I set sprouted from personal setbacks, including a serious knee injury in 2014. This time last year I was nearly bed-bound with a large disc protrusion in my back,” he said.

In June of 2017 I couldn’t stand up straight, couldn’t sleep, couldn’t drive, and couldn’t tie my own laces. Following surgery, I was determined to get back to a place where I felt fit, healthy and strong and the idea to set a number of Guinness World Records seemed like the perfect goal.

“I think if people see the place I’ve come from – in terms of fitness and mobility over the past 12 months – it’ll give them confidence to achieve their own milestone, regardless of their current situation,” said Eamonn.

Having recently left his factory job in Tralee, Jason is a full-time farmer. He has returned to the family 100ac farm where he milks 50 cows, as well as keeping 50 ewes and 75 lambs.

With a keen interest in Gaelic football, Jason has represented Kerry at minor, junior and U21 levels, winning an All-Ireland medal in 2012 with Eamonn as part of the Kerry junior side.

“I want to achieve something where I only have to rely on myself. I’m 26-years-old, fit and healthy, so now is the time to do these events because you never know what tomorrow will bring,” he said.

“I want to stop wasting time and achieve something great and there’s nothing better than setting Guinness World Records with my brother and sister.

I also want to see how far I can push myself physically and mentally, so if a day comes when something really bad happens, I won’t fall apart.

“I see the challenge of setting a Guinness World Record as something to take me out my comfort zone. From a young age I have participated in outdoor field events at a competitive level and realised that my dreams were not achievable without making the necessary sacrifices.

“I want to inspire others to set their own goals, whether it be in terms of their fitness, career or relationships and achieve them. With self-belief, a positive attitude and a good work ethic, anything is possible,” Sandra said.

Jason who ran a marathon days before his Junior Cert, combines fitness with his everyday farming jobs.

I used to do chin-ups and pull-ups while we were milking the cows. I decided to stop distracting them and make a gym in the old milking parlour. A lot of people who live locally passed on their old gym equipment, so it didn’t cost me much to do.

Chatting over Christmas, the siblings decided to put their years of “hard training” and varied sporting experience to good use and to really test themselves.

They were inspired by their neighbour, Shane Finn, who has completed 24 marathons in 24 days and who will also run across the U.S. next year.

“We agreed that we would make sacrifices. We’ve had very little social life in the past six months,” Jason said. “We want people to look after themselves before they start looking after others.”

Farming in the past was a lot more labour intensive, and his challenge will hark back to the “pulling and dragging” that was part and parcel of working the land decades ago, he said.

A lot of people thought I was crazy to give up my job for farming. Some people have the idea that farming is slavery and think that a 9-5 job is better; but I love being my own boss.

“My father has been farming since he was 14 and I couldn’t imagine anyone else farming the land here. I take real pride in it.” 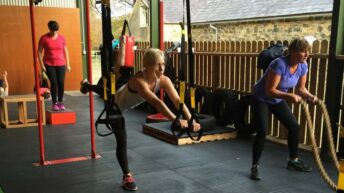 Wexford family ‘fit’ to take on the challenges of farming