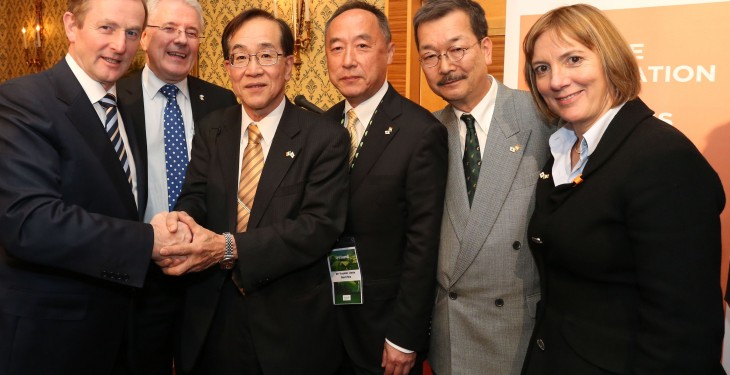 Keenan, one of Ireland’s leading farming solutions company, has hailed the recent Japanese visit by Taoiseach, Enda Kenny along with Minister for Agriculture Simon Coveney a success.

Keenan’s has developed a strong presence in Japan over the past two years and is currently working with two of Japan’s leading feed and dairy companies, Marubeni and Morinaga, who have visited Ireland and have hosted Keenan nutrition experts.

Both companies are working with Keenan’s expertise in dairy and beef nutrition and Keenan is actively supporting their customers from the new InTouch Centre in Ireland.

“After feeding with the Keenan system for 18 months on a major commercial farm, improved weight gain increases of more than 2.5 per cent were achieved without any change in ration ingredients. This improved the customer’s profit margins by €100,000 pa,” noted Moos.

Managing director Greene believes that Keenan’s can play an important role in improving the profitability and competitiveness of Japan’s dairy and beef sectors saying: “We have the right Japanese partners. Now it’s ready to be taken to the next level of business.”

Greene added: “It’s important to stress that our company’s long-term growth strategy is based on a feeding technology and support programme that can make a major contribution to efficient, quality food production. This is a priority for Japan and for many Asian countries.”