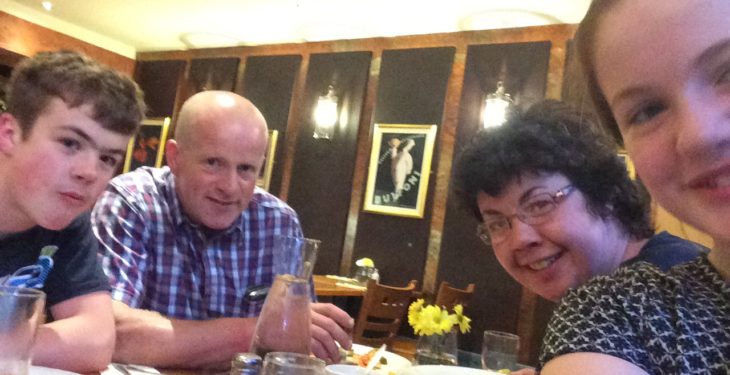 The holidaying farmer who recently posted a photo on Twitter referencing sunburn and volcanic landscapes was clearly a tad sceptical about the value of holidays, or at least package holidays, to the sun.

Convincing a farmer to take a holiday – either at home or abroad – can be difficult, particularly at a time when there’s a critical shortage of relief workers.

For some, leaving the farm behind means making a determined effort to call in additional labour, while for others, it involves deferring the break until another part of the year.

Dairy farmer and author, Lorna Sixsmith, sees an annual family holiday as vital. “It’s not easy as we don’t have a workman and my parents have fully retired now, so we holiday in January when the cows are dry,” she said.

“One of our contractors herds and feeds the stock for the week, and my parents look after the dogs and a few other jobs. Since 2009, we’ve gone abroad every January except for one year.

“I think that was 2012; the year that factories put a freeze on taking bull beef, and we just couldn’t leave 60 mature bulls in the care of someone else. It made such a difference to calving and other tasks that year, not having had a break. We were both physically and mentally exhausted by April.”

While there will always be reasons to stay on the farm, Sixsmith contended that it’s really important to break away from it all. “People who work outside the home can take time off and still feel refreshed if they just stay home, even if they are decorating their house and doing other tasks. On a farm, you need to get away to feel rested.”

Otherwise, she said, working long hours without a break can start to feel like drudgery.

It’s not just a physical rest; it’s about resting the brain and raising enthusiasm too. We come back firing on all cylinders and looking forward to a good calving season.

“For the last three years, we have gone to the Canaries. It’s only a four-hour flight, yet temperatures are good. I’ve discovered too, that the change in climate means that it’s much easier for both of us to switch off from farming. When we went on holidays in Ireland, London or to EuroDisney, Paris, it took my husband, Brian, a couple of days to get into the holiday zone.”

Sixsmith doesn’t book the flights and accommodation until a couple of days before departure, to be sure of good weather. “There’s not much point heading for the sun if it’s going to rain all week. We’ve been lucky the three years we have gone,” she said.

“It would be lovely to get a short break between the calving season and the breeding season, but it’s impossible for us. We try to get away for a two-night break during the summer too, although it’s not happening this year for various reasons.

“Last year, we went to Belfast for two nights. We milked before we went and the evening we came back, so we got the relief milker for four milkings,” she said.

“The flexibility of farming meant that Brian could bring our son, Will, to Formula 1 racing in Silverstone two years ago.”

The family tries to make the most of sunny evenings and Sundays by taking off to the beach.  However, it’s difficult on a dairy farm. “Farmers who are in partnership with other family members, or who have workers, find it easier to get away. Others use a relief milker regularly, so getting one for Sunday evenings is possible too.

“I have debated the idea of skipping a Sunday evening milking with farmers on Twitter. However, unless they are doing less than 16L, it seems to unsettle the cows and affect volumes and Somatic Cell Count (SCC). I think it unsettles some farmers too.

“Ours are doing 24L at the moment, so it’s just not going to happen.”

Sixsmith continued: “When the kids were small, we either went on an afternoon picnic or for lunch on Sundays regularly. Brian was happy enough milking late and I did the Sunday night jobs of ironing uniforms and getting kids to bed.

“We still do that occasionally, but now we sometimes milk early and go out for the evening. Recently, we started milking at 3:30pm and heading off at 6:00pm. On one occasion, we had planned to go for a long beach walk, and fish and chips, but changed to bowling and an Italian meal due to rain.

“A couple of weeks ago, we went to Tramore beach. Okay, it was 8:00pm by the time we got there, and we weren’t home until 12:30am, but the change of scene was a breath of fresh air.”

It’s important for the children to see their parents in holiday mode, as well as spending more time with their dad, Sixsmith said. “I think they saw Brian as a bit of a philistine, as he never has time to read books normally. They were really surprised on our first sun holiday when he read a couple of books. Last January, he read three.

“As it is, they see farming as being hard work so we really don’t want them to think that farmers have to do without holidays too,” she said.

“Farmers going into dairy, from suckler or tillage, find the Sunday evening milking an adjustment to their lifestyle, but with some organisation, it’s still possible – as well as important – to recharge the batteries.” 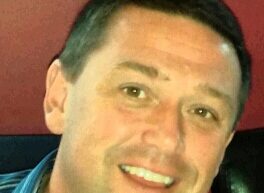