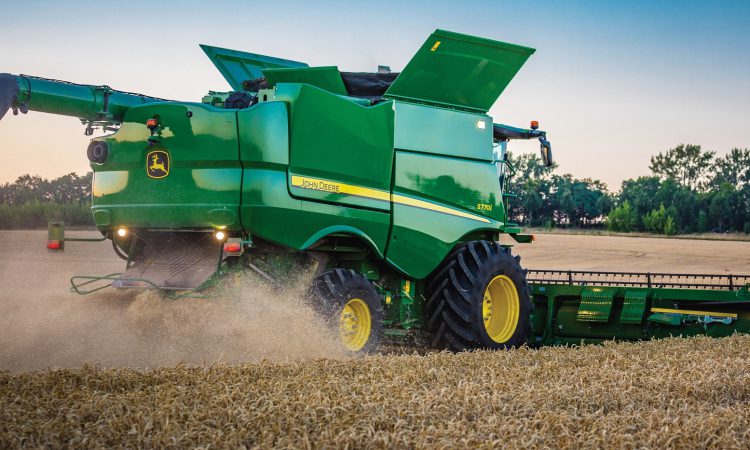 John Deere has announced a package of combine updates for the 2020 season.

The S-Series combine’s automatic regulation of forward speed – HarvestSmart – has been “optimised and integrated with the Interactive Combine Adjustment system ICA2”.

In situations where ICA2 cannot achieve the required grain sample, due to high levels of chaff or broken grain, or it exceeds the set loss rate, ICA2 automatically adjusts the HarvestSmart system and the combine’s speed just as the driver would normally do. At the same time, engine load is “maintained at the desired level”.

To back up claims about the combines’ automation and grain handling abilities, John Deere will guarantee S700 Series customers a broken grain content of less than 1% in wheat next year.

If the proportion is higher, the customer will apparently receive compensation for these losses – equivalent to the price per tonne of lost grain.

Meanwhile, John Deere says that side winds can have a major impact on the distribution of combine residues. For 2020, it will be possible on S700 Series machines to adjust the angle of spread automatically. Using GPS, the new ‘AutoSwap’ system detects the combine’s direction of travel and automatically mirrors the broadcast pattern once the combine turns at the headland and moves in the opposite direction.

In addition, the existing ActiveYield automatic yield sensor (which apparently removes the need for manual yield calibrations) will be supplemented with “an even more precise humidity sensor”.

Among other updates and improvements, W and T-Series combines can now be equipped with the new fourth-generation 4640 Greenstar display.

This display is removable and can, for example, also operate section-control on a sprayer. 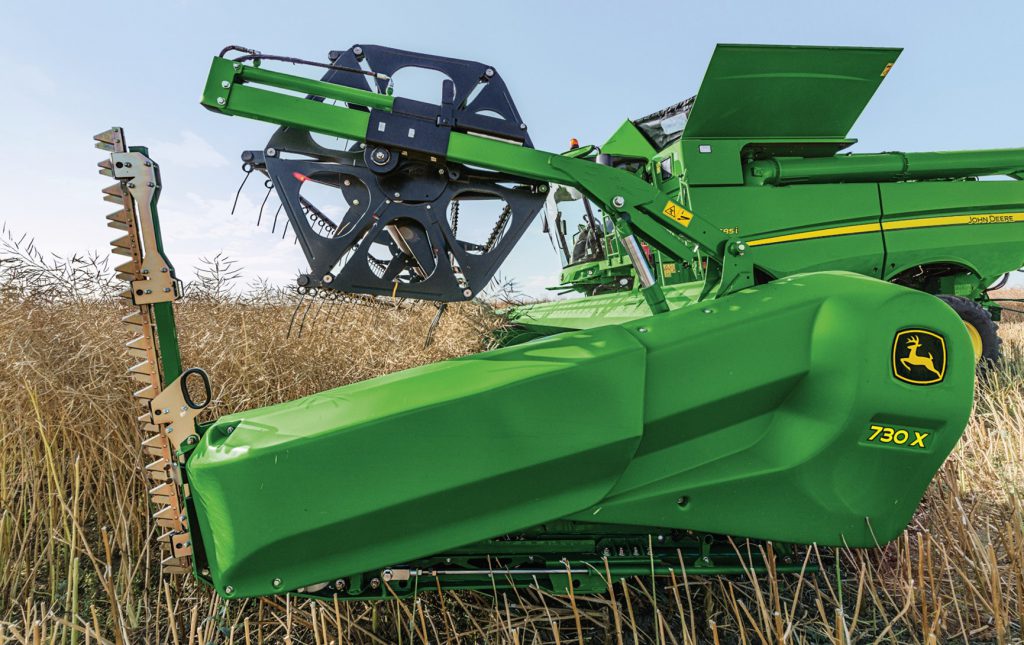 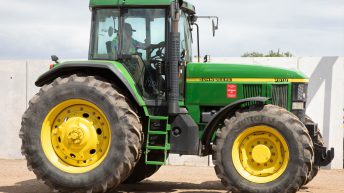