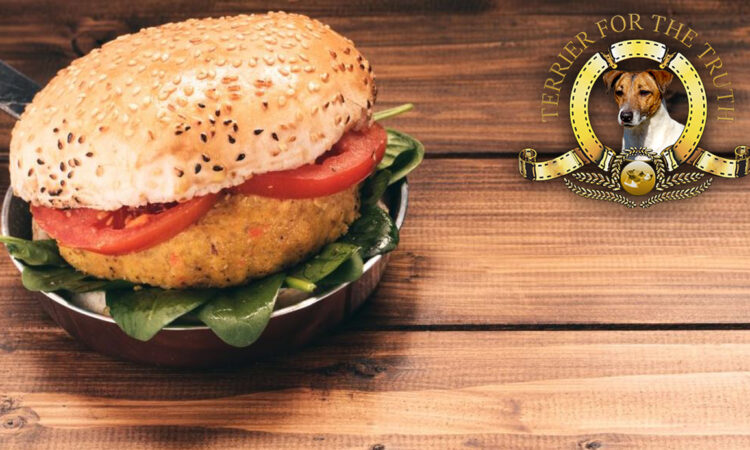 You might remember the phrase the ‘axis of evil’?

It was made famous back in 2002 by the then president of the US who was widely deemed at the time to be intellectually insufficient to the demands and complexities of the job.

Poor ‘Dubya’ Bush was considered an amiable dunce who represented the most graphic warning possible of the need to ensure that only properly qualified individuals with a mental capacity equal to the challenges of the world’s most powerful job ever ended up in that job. If only we knew…

The actual phrase refers to a coalition of enemies – real or imaginary – who have nothing in common except the animosity they direct towards one specific focus.

So Cuba, North Korea and Iran might reasonably be supposed to have nothing in common except for the fact that they all distrusted and harboured dark ambitions towards the US.

A vegan beef burger so realistic it can ‘bleed’

‘Dubya’ popped into Jack Russell’s head the other day.

The Terrier for the Truth had just finished absorbing the news that one of the planet’s most high-profile fast food chains has launched a vegan ‘beef’ burger that is so realistic that the ‘meat’ can actually ‘bleed’.

The day before that Jack was reading how An Taisce had appeared defiant before an Oireachtas Committee and defended its (self-bestowed) right to tell the nation’s children that they should eat less meat and dairy.

Add those two to the near constant demands for the kind of farming-specific carbon taxes first belched out by Citizens’ Assembly almost exactly a year ago and it becomes apparent that it is time for Jack Russell to issue a warning in a phrase as ominous and full of foreboding as ‘Dubya’s’ all those years ago.

Irish farmers are facing an axis of eejits.

Disavowed, denigrated or talked down

Everywhere we look we see the natural and healthy properties of meat and dairy disavowed, denigrated or talked down.

The very same environmental ‘activists’ who made their names – and very often their living – warned us all against the ploys and tricks of ruthless global corporations.

Now, they clap their hands and jump up and down, giddy with excitement, when some of the most cold-eyed and calculating corporations on the planet launch a new vegan food that owes much more to the periodic table than the kitchen table.

If it seems bizarre, it’s because it is bizarre.

An eight-generation dairy farmer from Dunmanway, who knows his grass-fed cows by name, is part of the food problem – while a team of white-suited scientists engineering Frankenstein food in a Bond-villain lab in Switzerland are, apparently, part of the food solution.

How did that happen? How have we ended here? We’d want to start thinking about that one fast and hard.

Jack suspects that one of the reasons why this completely back-to-front positioning of the farmer as ‘the dietary baddie’ and the corporate scientist-salesman as ‘the dietary goodie’ seems to be accepted is the increasing remoteness of modern urban and suburban populations from any idea of how food is actually produced.

There was a time in Ireland, and not so long ago, when probably the majority of the population in places like Dundrum, Rathfarnham or Castleknock had a one or two-generation remove from the family farm in Mayo or Laois.

That remove has now reached three or four; the memory of a family farm where ‘our people’ come from is increasingly remote, as is any workable idea of how food is produced before it ends up on the supermarket shelf.

Without that knowledge of what farming is, how it works and what it entails, younger consumers are increasingly vulnerable to the anthropomorphic ‘Disneynification’ of animals and the presentation of livestock as tortured prisoners or slaves.

Anybody who doubts that process is well underway should try explaining the principles of calf milk replacement to their pre-teen.

Jack would advise you to have the ear plugs handy.

Farmers think that everyone knows what they do and how much they care for their animals. They think that because until quite recently people did know those things.

But they don’t anymore and that ignorance is being exploited by some very, very, powerful corporations who are looking to a future where they will control the food systems of the planet and not on the ‘from-farm-to-fork’ basis they already abuse, but on the ‘lab-to-lip’ basis that will give unimaginable power.

That’s the real threat behind the happy-clappy welcome for some direct-from-the-lab vegan ‘burger’.

That’s why we have to see through the axis of eejits to the very dark boardrooms and even darker projects lurking behind. 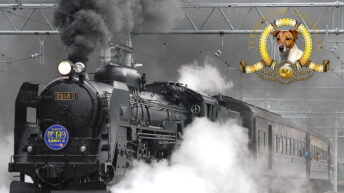 Jack Russell: All aboard the unstoppable ‘Convergence Express’