Irish graduates top of the CLAAS 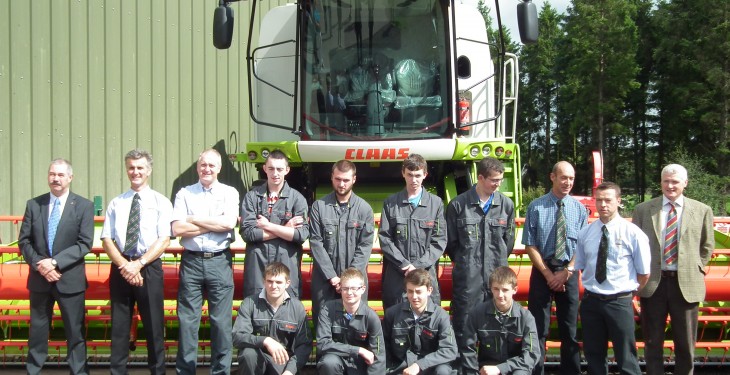 Two Irish farmers graduated from the Claas machinery apprenticeship scheme based at Barony Campus in Dumfries this week.

Now in its sixth year, Claas is the only major agricultural machinery manufacturer to offer a specific apprenticeship course based in Scotland, which runs in parallel with the course based at Reaseheath College in Cheshire.

This year saw the second group of Claas students complete their four year course, during which they have worked towards a National Diploma in Land Based Technology, plus advanced technical and industry certificates. The Irish graduates were Eoin Hickey from Alan Douglas dealer and Emmet Wickham from Kelly’s dealers.

During their four year apprentice training course, in addition to time spent at Barony, the students also worked at the Claas Group headquarters in Harsewinkel, Germany and the Claas UK headquarters at Saxham, Suffolk.