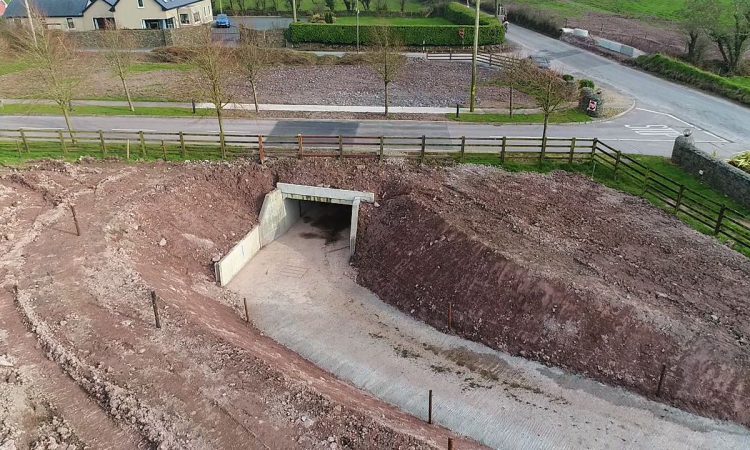 Farming just outside Blarney, in Co. Cork, dairy farmer David Noonan has recently installed an underpass on his farm.

The Cork native has been milking cows for over 10 years on an out farm that his family own. During that time, he has built up a herd of 130 cows.

The hope is to increase that to 150 by next year; however, before any further expansion could take a place, a new underpass had to be installed.

The grazing platform – which consists of 162ac – is split in two, with 90ac of the block located beside the 14-unit herringbone milking parlour, while the other 70ac is across the road – hence the reason why there was a need for an underpass.

Speaking to AgriLand, David said: “Before the underpass was installed, it was a nightmare trying to move cattle across the road.

It is a very busy road, with cars constantly going up and down it all day. There is a hotel beside the farm as well, which didn’t help either. It used to take three people to herd the cattle across the road over to the milking parlour.

“It was extremely dangerous and something had to change. The fact I have been able to put in an underpass has also allowed me to put in new roadways on the 70ac grazing block that is across the road from the yard.” 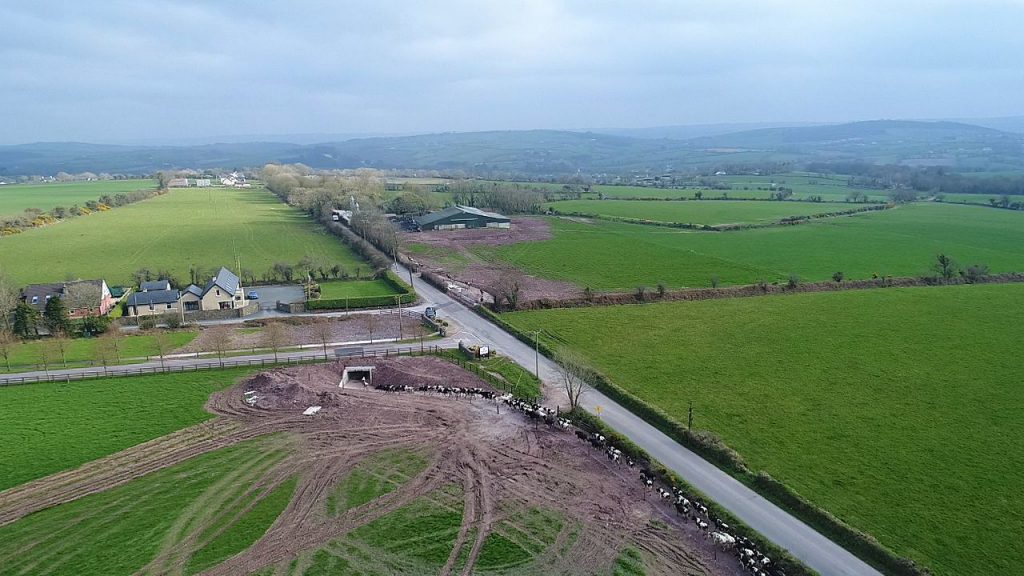 As mentioned above, the site the underpass was built on involved having to close off a busy roadway for a substantial amount of time to allow for it to be constructed.

A temporary roadway had to be installed to facilitate traffic to enter and exit the hotel, which is practically located right beside the newly-built underpass.

The ramps leading into the underpass were dug out by a local contractor, called John Healy, while the concrete for the ramps was laid down by Nagle Bros Builders.

Speaking to AgriLand about the new build, Paul Murphy of Croom Concrete said: “It was a complicated build, mainly due to the fact that it was constructed on a busy roadway at the entrance to a hotel and, also, because of the sheer size of it.

“It is a complex underpass. It stretches 50m in length, so in comparison to other cattle tunnels across the country, it is quite unique.

“Due to a number of factors, such as: the splayed design; the location of services overhead and underground; the inclement weather conditions; and the tight construction programme, it was a challenging project.

“As well as that, we maintained access for residents to the hotel and nearby households – via traffic management and temporary roads; however, despite all of those obstacles, thankfully, the project was completed on time.

I’m not sure there are any other tunnels this length in Ireland that are used solely for the purpose of herding cattle.

“In total, it took two-and-a-half weeks to complete the road and the hotel section of the underpass.

“Thanks to the help of the staff in the hotel and the local residents, we eventually saw light at the end of the tunnel, which has now given David and his family an easier, more efficient and safer farming environment to work in,” Paul concluded. 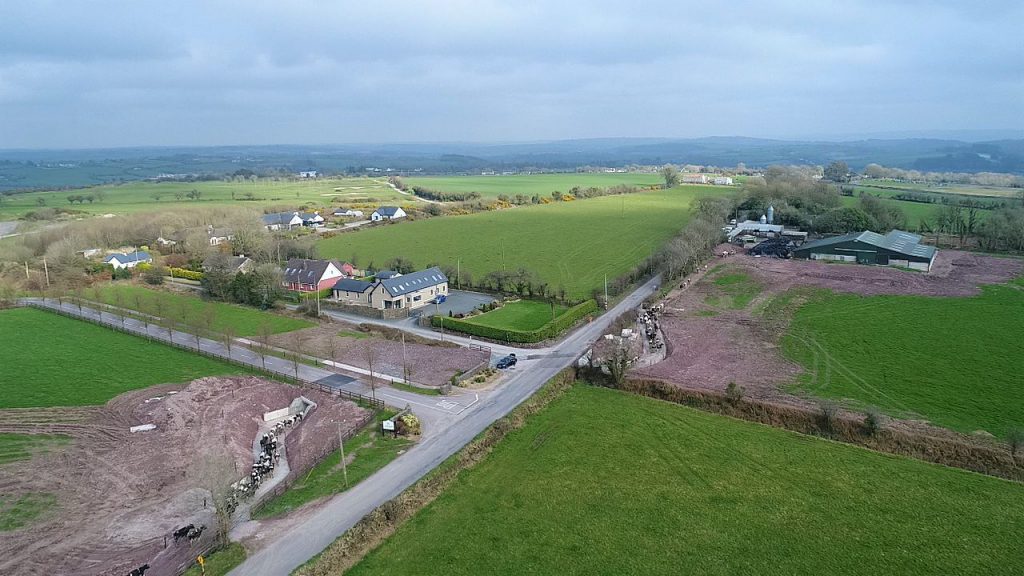 The entrance – at either side of the tunnel – is sloped with a concrete surface. At either end of the tunnel, there are two tanks that collect the slurry that builds up inside the tunnel.

Therefore, the tunnel is divided up into two sections. The longest part of the tunnel stretches 30.85m on one side and 28.65m the other side; whereas, the second section is 23.43m and 21.25m long respectively.

The culverts were designed to be wider to ensure that David could drive his jeep through and around the splayed corner.

Located at the intersection of the two sections of the tunnel is a ventilation grate that allows for any gas or smells that build up in the tunnel to escape.

David opted to install LED lights into the tunnel, mainly due to the sheer length of it, as he felt that the cows would be more inclined to walk through if it was bright compared to if it was pitch-dark.

Taking a closer look at the tunnel itself, the fact that it is so wide, it helps with cow flow, which has been “very good”, according to David.

The new tunnel allows David to access over a 1km long stretch of ground, which was difficult to do before the new underpass was installed.

He explained: “I must say, I have had no trouble with the cows going through the tunnel at all. They were so used to going across the road for so many years, that I thought that they may be reluctant to go through the underpass, especially considering the length of it.

“I was a small bit worried about the turn in the tunnel, just when all the cows would be going through it on their way to the parlour; however, there has been no issues.

“Nevertheless, it has been a terrific job and I am glad that I went ahead and installed it because it was just becoming too stressful herding the cattle across the road.”

The new underpass led to the installation of new roadways that give the cows access to the paddocks on the 70ac block of ground across the road from the milking parlour.

The roadways which were laid down by his local contractor, John Healy, were made using the stone that was excavated from the ground where the underpass is.

David explained: “The fact that we were able to source all of the stone from the tunnel greatly reduced the overall cost of the roadways.

“I am still waiting to add a finishing layer to the road; however, it could be a while before I get it because the quarry is closed due to the coronavirus outbreak.

“The plan is also to finish off installing permanent fencing on the 70ac block of ground as, until now, before the underpass was installed, I was only using a temporary fence.”

Commenting on the new infrastructure that was put in place, David said: “All in all, I couldn’t be happier with how it turned out.

“Before the underpass was installed, I used to have to get my wife and my father to come down and help me herd the cattle across the road, which just wasn’t sustainable. My father runs the home farm, which is 30 miles away, and my wife has a full-time job off-farm, so something had to change.”

He added: “Everyone that was involved in the project did a super job. From day one I told the guys that I didn’t want anything got to do with the build, as I had enough headaches to be dealing with at the time.

“And, in fairness, Paul and everyone else who was involved in the project went away and designed and constructed exactly what I needed, which has made my life and the cows’ life so much easier.”

Thanks to David, Paul and Grace (and all involved) for help in compiling this piece remotely (and for sending in pictures). Due to ongoing coronavirus (Covid-19) restrictions, on-farm visits are not possible at this time. 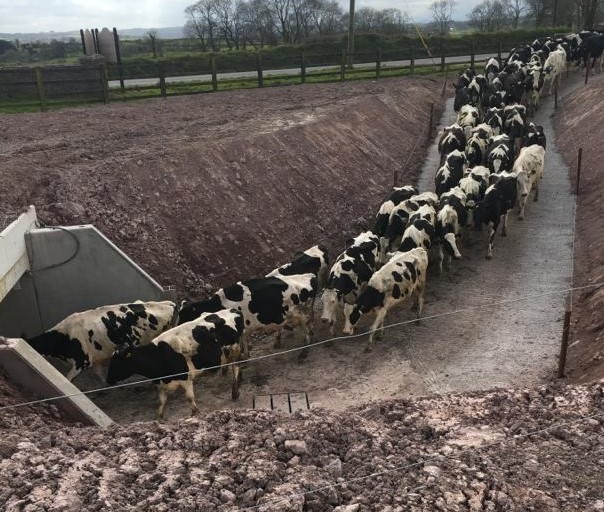 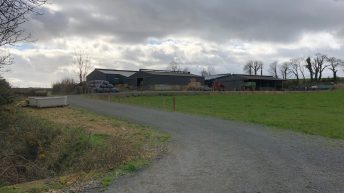