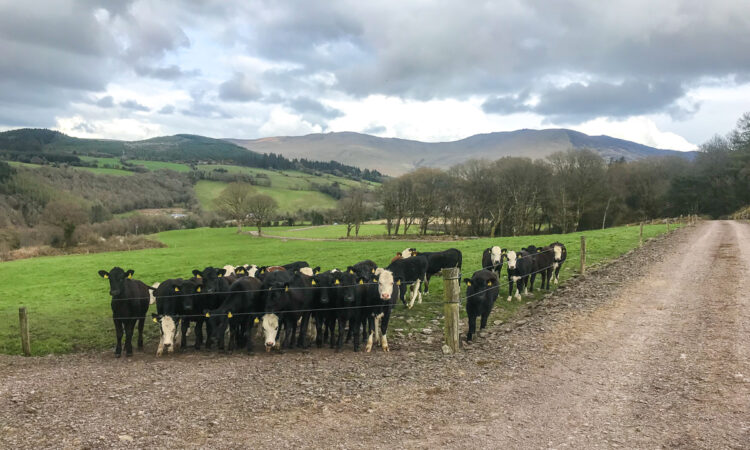 These calves are finished as steers and heifers on 57.3ha at 20-24 months-of-age. Prior to 2015, the farm was home to a herd of Hereford suckler cows which were crossed with a Charolais bull.

However, after purchasing a batch of dairy-bred calves from his brother-in-law, which subsequently left more money in Richard’s pocket, the sucklers were phased out.

Now, the Waterford-based farmer runs a dairy calf-to-beef enterprise in conjunction with an excavator operation; Richard is married to Eileen and has two young daughters, Anna and Lucy.

The average carcass weight for bullocks slaughtered on the farm in 2018 was 287kg; these consisted of Hereford, Aberdeen Angus and some Friesian breeds.

Unhappy with this performance, Richard’s goal is to increase carcass weight and conformation, while getting cattle fit for slaughter as quickly as possible which will – in turn – increase the farm’s bottom line.

With this in mind, this year, 100 calves were purchased and the breeds consist of Aberdeen Angus, Hereford, Limousin, Belgian Blue and Charolais.

All of the calves purchased on the farm are sourced from his brothers’ – Michael and Liam – dairy farm in Co. Tipperary; their father, Michael, is also active on the dairy enterprise.

When calves arrive on the farm, they are housed in a new calf house – which was constructed in 2016 – they are also vaccinated against pneumonia and fed milk replacer and a calf nut.

The first batch of calves purchased have been weaned and turned out to pasture. 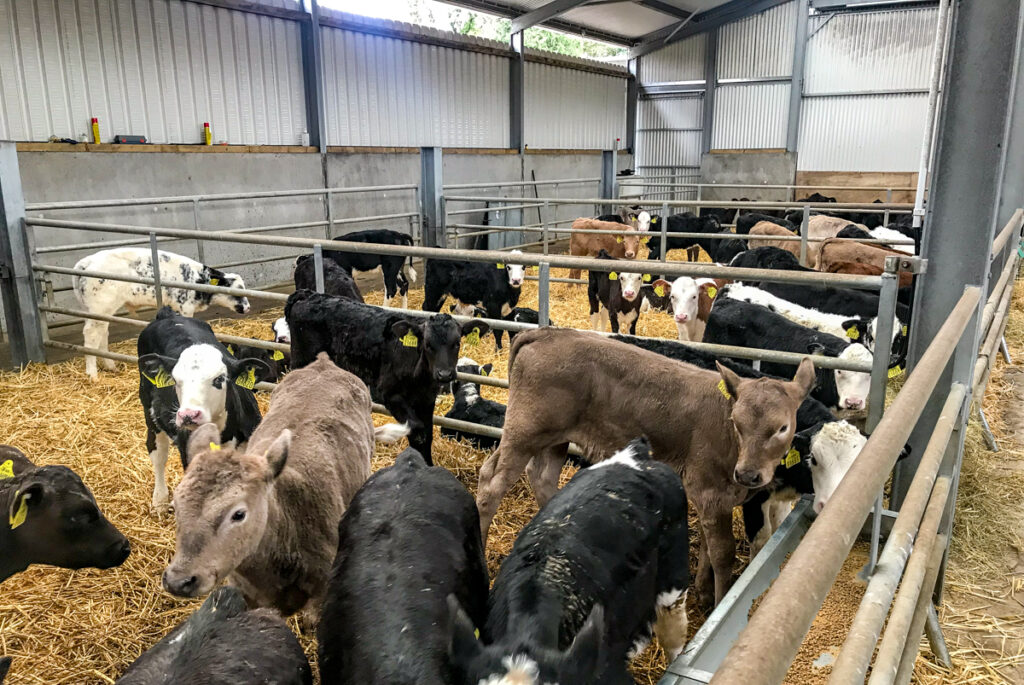 Having an influence on sires

With this calf arrangement, there’s potential for Richard and his brothers to work together in terms of the beef sires being used.

In light of this, for the 2019 breeding season, a team of eight beef bulls – of various breeds – have been selected that are positive for carcass weight and conformation, without being excessively hard-calving for the dairy herd.

Also Read: Band of brothers: Why this beef farmer influenced his dairy siblings on sire selection

Richard plans to purchase another 100 calves next spring.

A lot of work has been done in terms of buildings and infrastructure in the past number of years. Alongside the new calf unit, a slatted house was also constructed in 2014.

The yard was also updated and a new crush was installed. Inside the slatted house, cattle are finished on rubber mats. While Richard admitted that these mats were costly, he is happy with the purchase. 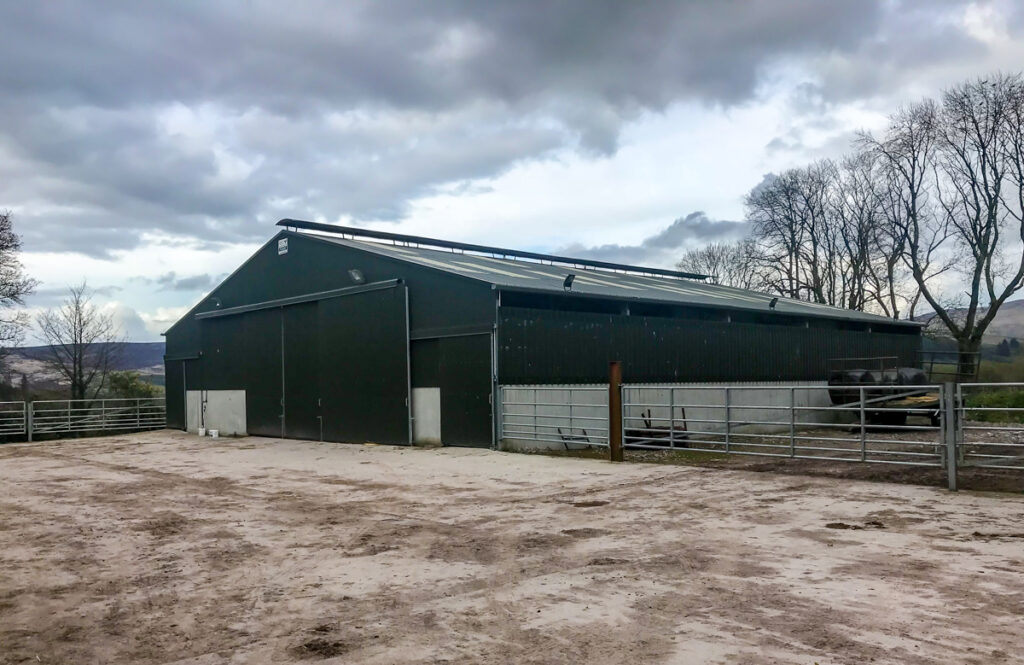 Excellent roadways are located throughout the farm; these make access to the existing paddocks – which Richard implemented from 2013 onwards – easier.

Therefore, a lot of the infrastructure needed is in place. However, Richard will now turn his attention to correcting soil fertility.

Soil samples taken earlier this year indicate that the pH on the farm is running from 5.2-5.3, so lime will be spread over the coming months.

Over 90% of the paddocks are between index 1 and 2 for phosphorus (P) and potassium (K); this too will be addressed once soil fertility is corrected.

Parts of the farm are high and exposed. Once soil fertility is corrected and poor-performing paddocks are identified – by grass measuring – reseeding will take place.

But, due to the nature of the ground, ploughing may not be an option; so other ways will have to be explored.

In addition, Richard is in the process of reclaiming 5ac located close to the home block. The good spring allowed the Waterford man to turn out yearling heifers and bullocks on March 20; these have remained outside since. 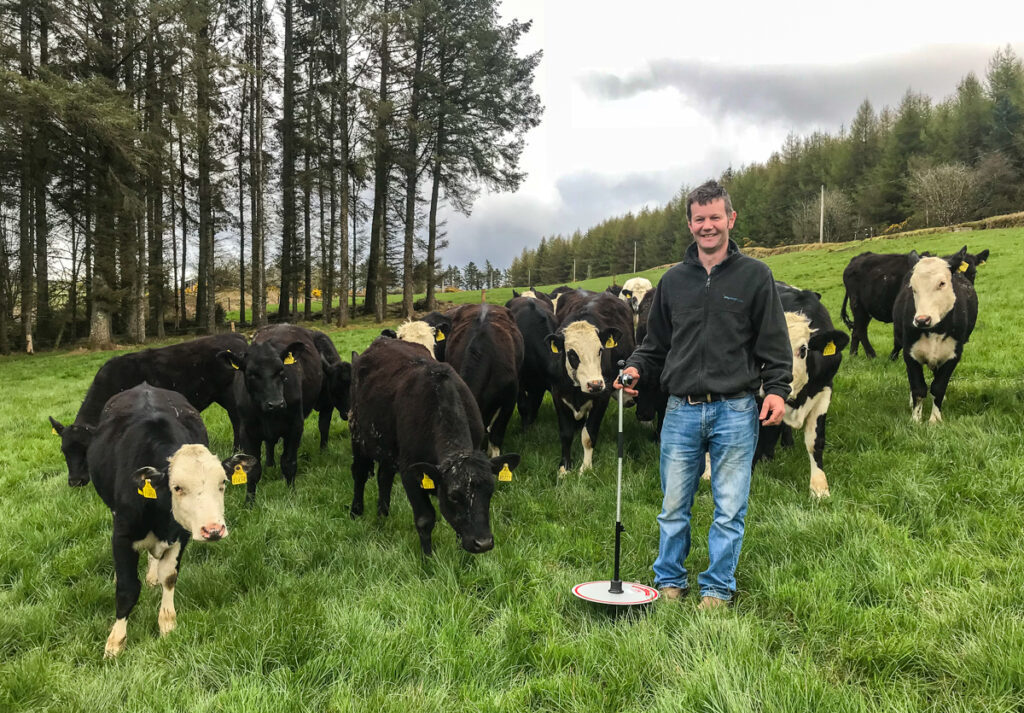 The farm has now been mapped and Richard has started grass measuring with a plate meter; covers will be entered into PastureBase Ireland each week.

Furthermore, cattle will be turned into covers between 1,200-1,400kg DM/ha with the aim of grazing down to 4cm.

Another area that Richard aims to improve on is silage quality. Yearling bullocks are finishing off grazing the area earmarked for silage.

Once complete, this ground will be closed up and three bags of 27-2.5-5 and 3,000 gallons of slurry/ac will be spread. The first cut encompasses 45ac and a second cut of approximately 30ac will be harvested.

Going forward, Richard will aim to harvest better-quality grass earlier. This will help to achieve growth rates of 0.6-0.7kg/day over the winter period and also cut down on feed costs.

There are a number of cattle housed indoors for finishing at the moment. These are currently being fed silage and 8kg/head/day of a beef nut and will be slaughtered at the end of April. 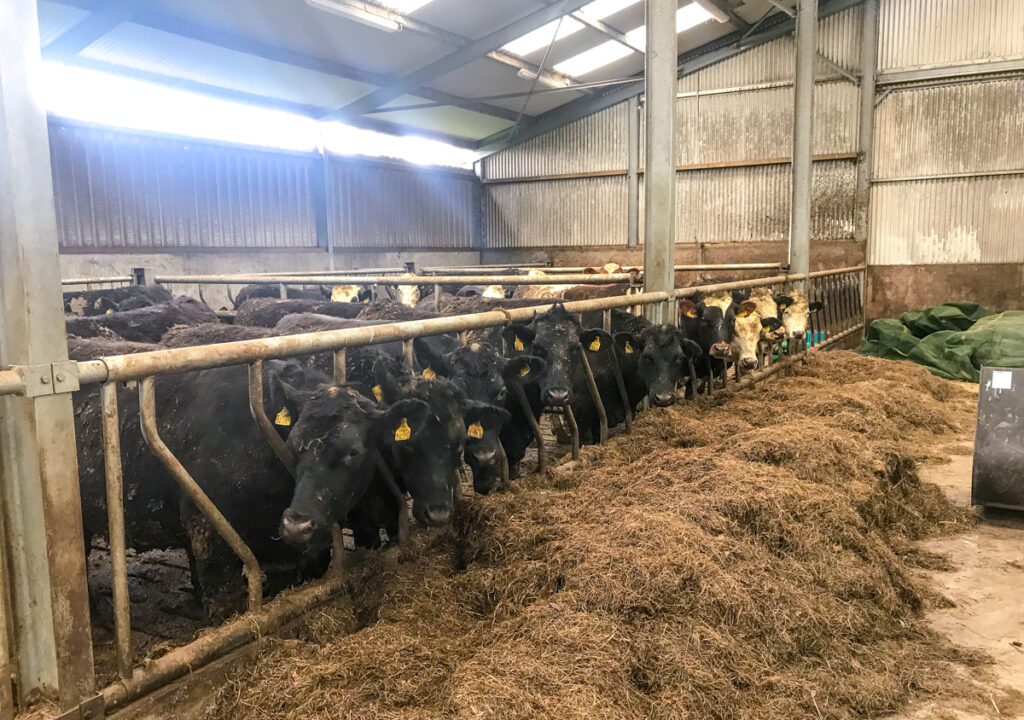 As part of the Teagasc Green Acres Calf to Beef Programme, each of the 14 demonstration farms involved have completed eProfit monitors for 2018.

Also Read: Teagasc Green Acres eProfit Monitors: Where are the farms starting at?

The total fixed costs were €621/ha, with a depreciation of €256/ha which represents the on-farm developments in terms of buildings and infrastructure.

*Important: This data excludes subsidies such as basic payments, GLÁS or any other scheme payments. 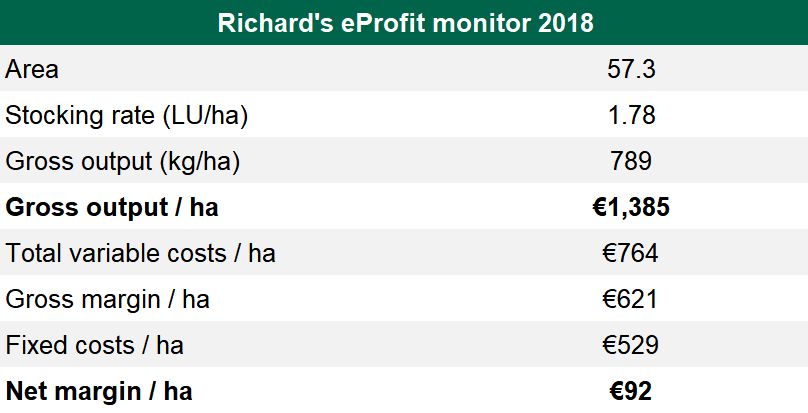 Over the next three years, both Sean Cummins – Richard’s dedicated programme advisor – and his local Teagasc advisor, Austin Flavin, will work with Richard to increase the net margin/ha.

By driving animal performance, increasing stocking rate, correcting the soil fertility issues and making better use of grass, more kilograms of beef will be produced per hectare. 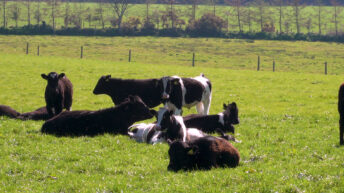