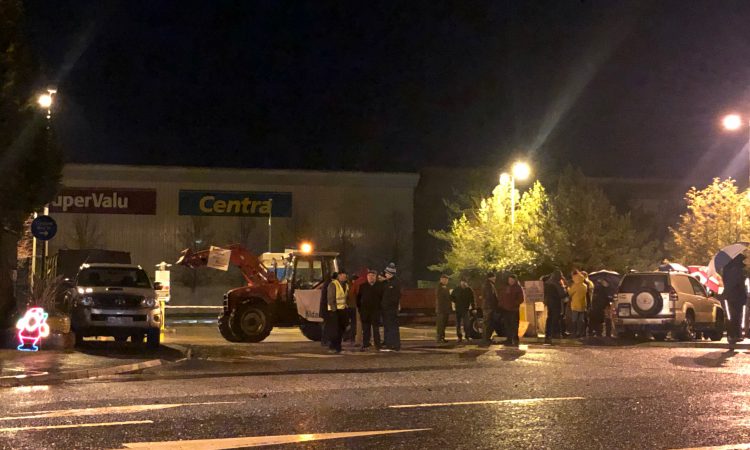 The demonstration, which kicked off at 7:00am and currently includes more than 30 protesters from the organisation, is part of the IFA’s ongoing campaign for higher beef prices.

Beef farmers should not accept the current beef price on offer from the factories and demand a lot more, IFA president Joe Healy said at the picket.

Once again, the protest will last 12 hours and follows similar action at the Tesco central distribution centre in Dublin yesterday and the Aldi and Lidl CDCs last week. 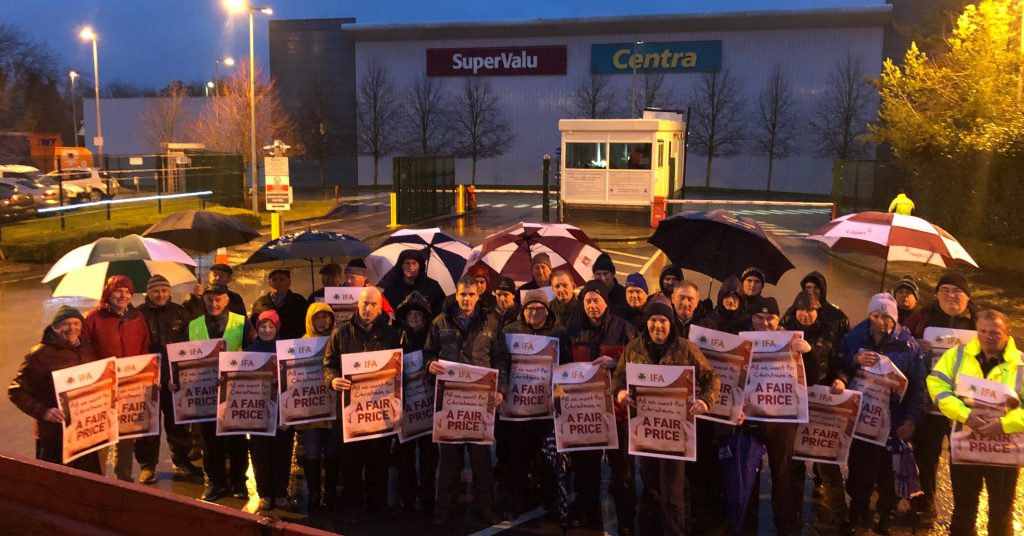 Healy said the latest Bord Bia Beef Price Index, for Sunday, December 1, shows that the gap between Irish prices and Ireland’s main export markets has widened again and now stands at 21c/kg, up from 20c/kg the previous week.

This gap has increased from 5c/kg in mid-October to 21c/kg last week, highlighting the improvement in beef market prices to the factories.

“The facts are the factories held back on these market price improvements to farmers over the last five to six weeks and the Bord Bia Price Index proves this,” he said.

The president said steer prices at the factories have risen by 10c/kg this week and heifer prices are up 5c to 10c/kg depending on the factory.

However, he said beef prices are still well behind the Bord Bia export benchmark price and even further behind the UK price.

The latest EU Commission beef price data shows that cattle prices in our main export market in the UK have increased again for the week ending December 1 to the equivalent of €4.13/kg, which is 52c/kg or €187/head ahead of Irish prices.

Continuing, he said the UK price return has increased again with sterling improved to 84p/€. “This level of a price gap is unsustainable and Irish cattle prices have to rise further, immediately.

“We don’t have to wait for ‘price-setting Friday’ as stated by ABP. Factories should increase prices today and we are driving home the message to retailers.

“Tell your suppliers to treat farmers fairly,” he said.

Healy said that farmers are also angry that SuperValu was promoting a ‘save 33%’ offer on Irish beef at the weekend.

“This unsustainable discounting ends up being paid for by farmers,” he said. 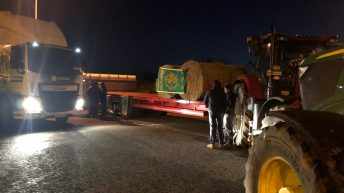