IFA had every chance to ensure Genomics Scheme appealed to farmers 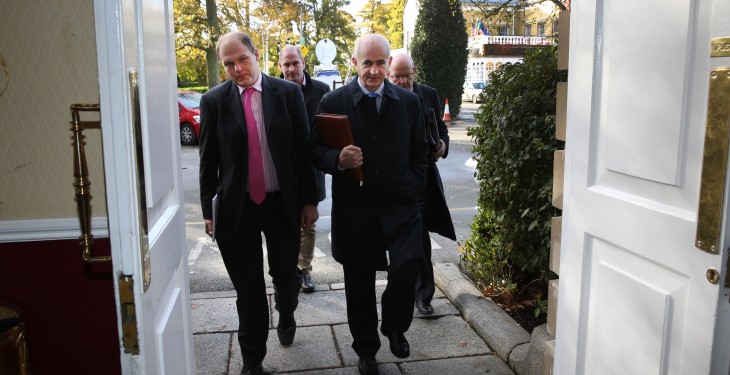 The Beef Data and Genomics Scheme closed, after an extension, today.

In a nutshell, the Department of Agriculture has created a scheme that has funding of €52m a year for the next six years. However, it doesn’t seem to have caught the interest of beef farmers.

Just 27,000 or so have signed up for the scheme, with too much paper work, fear of more inspections and general baulking at a six-year commitment being cited as the main issues farmers have with it.

Yet, one of the main critics of the scheme has been the IFA, even though at the same time, it has encouraged farmers to join the scheme.

Of course it takes credit for the available funds, with IFA President Eddie Downey saying the IFA “lobbied Minister Simon Coveney and the Government hard to deliver the €52m funding for the sector and the Association is determined that the full benefits will be paid out to suckler farmers by December”.

But it wants to hold no responsibility for the detail of the scheme.

However, the irony is that the Minister and the Department of Agriculture didn’t design the scheme out of thin air. Far from it.

Not only was the IFA involved in the consultation process, as were all concerned farming organisations. But, it had a second bite of the cherry.

The ICBF was also involved in the consultation process an organisation that has no less than four IFA members on its board, including its National Livestock Chairman Henry Burns and Director of the Livestock Committee Kevin Kinsella.

Yet, it seems the IFA wasn’t able to articulate and communicate its concerns through the two channels open to it. Perhaps there were too many IFA voices singing from different hymn sheets in the process? Or perhaps the IFA failed to ensure the necessary detail of a scheme that should be of substantial benefit to farmers?

Either way, it’s another poor showing from the organisation and a reflection that it’s not representing the ordinary farmer on the ground as well as it could.