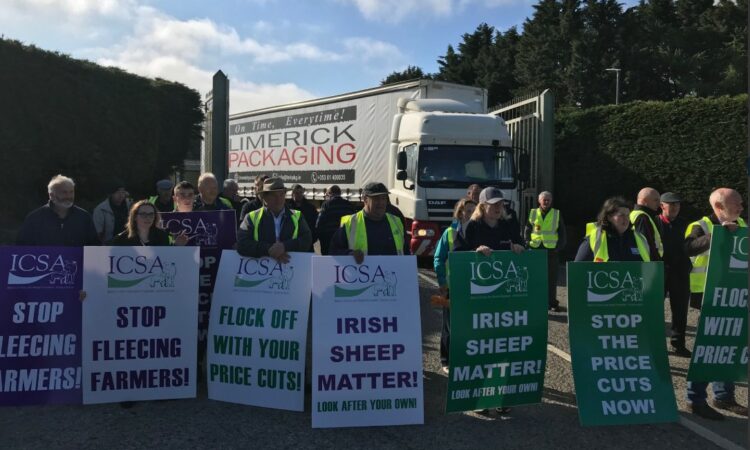 The meeting was called following an ICSA protest at the site last week due to sharp falls in sheep prices in recent weeks.

Following the meeting, McNamara said: “We had a very robust discussion with the management team here at ICM Camolin.

“Last week, we were here to protest, and these officials witnessed first-hand the anger amongst sheep farmers.

We came here today to reinforce the message that sheep farmers cannot bear these savage price cuts and must be paid an adequate price for their produce – end of story.

“To that end the ICSA has insisted there can be absolutely no more price cuts in the short to medium term.

“The ICSA also received an assurance from the factory that full electronic reading will be in place from Tuesday morning next, June 4, which will ensure accurate printouts of lambs killed for farmers.”

McNamara has been critical of Minister for Agriculture, Food and the Marine Michael Creed’s “failure to ensure that all marts and factories would have electronic identification tag (EID) reading systems in place by June 1”.

Top-up payment for farmers under 40 urged under beef package