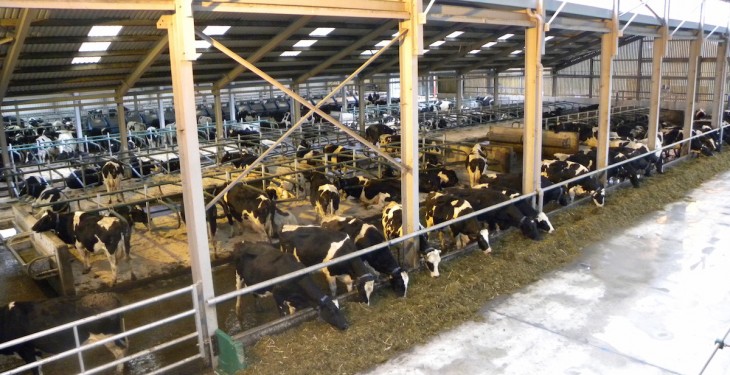 The agri-taxation measure proposed this week by the Irish Co-operative Organisation Society will be inapplicable for 2016, should it be adopted by any incoming Government.

That’s according to T.J. Flanagan, ICOS’s national Dairy Policy Executive, who will take up his new role as ICOS CEO in July, following the retirement of Seamus O’Donohoe.

It is proposed this will be achieved through the introduction of five-year income averaging; permitting a farmer to voluntarily defer up to 5% of their milk receipts in any one year and, lastly, a five-year draw down period.

Flanagan said the proposal will not provide any solution for the coming year, but is a valid, long-term taxation management tool.

“It’s about a farmer putting aside some income on a good year that will be drawn down to help on a bad year. 2016 doesn’t look like a year where farmers will be able to put aside money. So even if you could wave a magic wand and apply it this year, it wouldn’t be relevant.”

Politicians Off The Hook

When launching the proposal earlier this week, ICOS President Martin Keane called on “all political parties and general election candidates to seriously consider the ICOS proposal which is straightforward, practical and workable.”

However, Flanagan said ICOS has not been pursuing the major political parties since then.

“In fairness to them, they have been up to their necks in all their other stuff. Our initial aim is to get everyone in the dairy sector on the same page, to see that there is something that will aid in addressing volatility.”

He stressed that the proposal is part of a suite of tools the dairy sector should adopt in order to reduce volatility.

“We would say the most important measure of all is efficiency at farm level. If a farmer can carve an extra cent off their milk cost, or get an extra cent on their constituents in their milk, that is 2 cents that will make them even more profitable in a good year and keep their head above water in a bad year.”

“It allows farmers to voluntarily lock-in at least a portion of their milk at a price they feel comfortable with. We think, over a period of time, financial tools based on futures markets can also be developed, but they’ve been slower to develop in Europe than we would have liked.”

He said ICOS’s preference would be that any deferred money arising from the adoption of its 5-5-5 Income Stability Tool would be held by the individual cooperative, though a licensed fund.

In terms of approval from Inland Revenue, Flanagan said he is aware that they were uncomfortable in the past with the original income deferral tool that was based around Australasian volatility farm management tools.

“But they were schemes whereby a farmer could put aside a lot of money in a good year. But I think they were deemed to be too loose by Inland Revenue, and did not comply with EU state aid rules”

Flanagan added that he is satisfied that ICOS’s proposed 5-5-5 Income Stability Tool complies with EU state aid rules and that he hopes, post-election, the incoming government will consider ICOS’s proposal as a “reasonable, sensible, nuanced, balanced measure,” that is not about farmers evading tax but family farms being able to cope with enormous volatility.