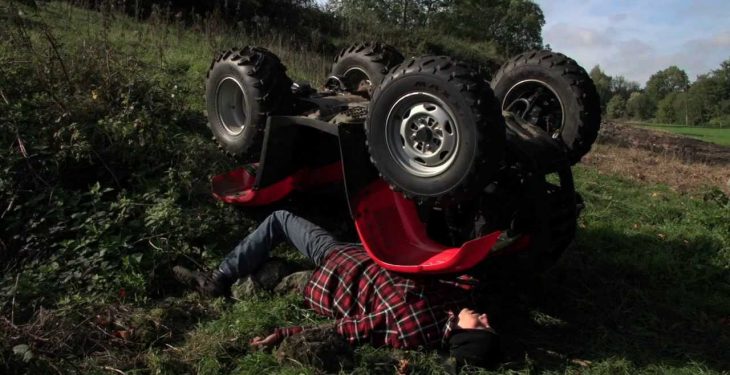 Farm safety was a central focus at the Tullamore Show this year, with several Irish organisations making the issue a key theme on the day.

The FRS, FBD and HSA Farm Safety Live demonstrations as well as the Embrace FARM stand all had the same central message: It is time for every farm in the country to take farm safety more seriously.

It can happen in the blink of an eye and farmers need to be constantly on their toes and think safety at every step.

Giving their voice to farm safety throughout the event were Michael Creed, Minister for Agriculture, Food and the Marine; Mairead McGuinness, MEP and First Vice President of the European Parliament; and Pat Breen, Minister of State for Trade, Employment, Business, EU Digital, Single Market and Data Protection.

Also on hand were Sharon McGuinness, CEO of the Health and Safety Authority (HSA); Jim Dockery, manager at FRS Training; and Pat Gilligan, FBD Insurance – along with safety demonstration operators from FRS, Height for Hire and Embrace FARM.

Dr. Sharon McGuinness of the HSA said: “By the second week of the farm safety weeks this year I had seven notifications of work place fatalities and the majority of these were farmers – and that is the stark reality.

“As the HSA we work with all sectors in relation to work place safety and we are seeing success, unfortunately we are not seeing success in the farming sector.

You don’t go out into a construction site and bring your five-year-old on a big JCB; why would you do it on the farm?

Mairead McGuinness addressed the farm safety live spectators from the top of a mound of earth, used to demonstrate the safe operation of quad bikes.

Speaking extensively about safety on farms at the show, the MEP said: “Please work with organisations such as Height for Hire, FRS, FBD Insurance and the Health and Safety Authority and don’t resist.

“When you come together as groups of farmers and encouraged to use services, training and advice, do it.”

Minister Creed’s message on safety was about calling on farmers to be better neighbours and getting professional help in, he said; “We have been in those farmyards, graveyards and churchyards far too often.

“It is an unfortunate reality that the message is not getting through and the solution is evading all of us. There is no silver bullet; the department could take down a bigger stick, but will that make the difference? I think that there is a real positive role that we can play as neighbours.

“Take on the role of good neighbours and put a fresh pair of eyes on your neighbours’ farms in terms of safety, as we are often blinded ourselves to the dangers in our own farmyards.

As farmers we need to stop trying to be the ‘Jack of all trades’ and get the professionals in to do the job. We need to take stock and make changes.

Farm Safety Live demonstrated the safe use of quad bikes, tractors, livestock and safety when working from heights, offering tips and advice to action on farms. 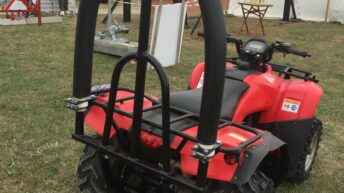