‘Hormones in beef not a concern for US consumers’ 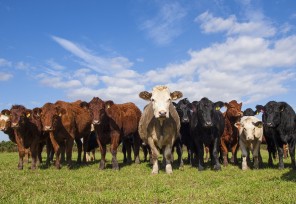 The use of growth promoting hormones in beef is not a concern for the US consumer, according to David Salmonsen of the 6m member US farm organisation the American Farm Bureau.

He said the use of hormones by farmers has not been an issue domestically in the US.

“We have had it for so long, we have the science behind it and it’s not an issue.”

With Ireland hoping to emphasise the green natural image to the US customer, Salmonsen said this type of branding still has a role but only in very exclusive markets.

“I think if you sell in New York City, Washington and Boston you might go somewhere,” he said.

However, he outlined that beef in the US goes into supermarkets as a generic product for the most part.

The vast majority, he said, is not sold as a branded product.

“Unless, you go into the higher end stores such as Whole Foods where you can get beef brands.

Rebuilding to US beef herd will take time

Senior Director at the giant farm organisation American Farm Bureau, Salmonsen also said that it will take an extended length of time for the US beef herd to return to normal levels.

He said the US beef herd has fallen to its lowest level since 1951, due to the drought and high grain prices which led to high cattle prices.

With beef prices in the US at record highs, Salmonsen said, many beef farmers are opting to sell rather than breed stock.

“If you’re a cattle farmer and you’re getting the highest prices by far ever seen, when you ask yourself ‘should I breed her or sell?’ Well, the decision has been to sell.”

It’s going to be a slow build back in our cattle herds, he said.

According to Salmonsen, the drought has drove a huge amount of cattle off the smaller ranches especially in Texas.

“It was really the southern planes in Oklahoma and Texas that suffered the worst,” he said.