Holly Cairns interview: ‘Why is it always about farmers, but not for them?’ 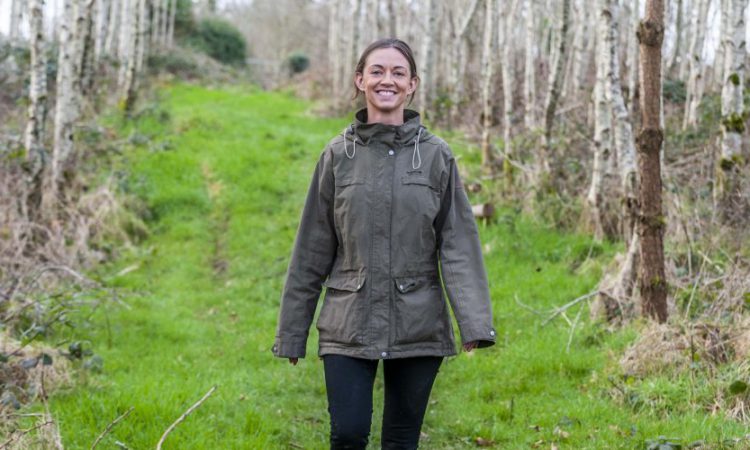 “Why is it always about farmers, but not for them in the sector?” Cork South-West TD Holly Cairns says, as she looks back on the last number of months and the impact the pandemic has had on the meat industry.

In a broad-ranging interview with AgriLand news journalist Kathleen O’Sullivan, the Social Democrats’ spokesperson on agriculture discussed the spread and monitoring of Covid-19 in meat plants, particularly how “it seemed to go very badly wrong”, along with “special relationships” that exist in the industry, except for with farmers.

She recalls the panic and the urgency for action that was felt back in March.

“I remember when we first got word of the pandemic and then it progressed and the first lockdown happened…Michael Creed was still the Minister for Agriculture and we were asking ‘what was the plan for this?’ because it had already been a global trend that there were clusters in meat plants,” deputy Cairns explained.

We knew before it happened that it was very, very likely to happen. Then, when they finally started to take action, it was when there were clusters; and we know now that not enough action was taken.

However, the deputy feels that since then, there are loads of things “that could have been done”.

“For example, in Germany, they have banned the use of sub-contracting [come January] which, generally speaking, means that people aren’t entitled to sick pay,” the deputy continued.

“A lot of people working on a sub-contractor basis didn’t realise either – it was only when they found out they weren’t entitled to the pandemic unemployment payment when they got Covid-19.”

‘Every single aspect of it seemed to go very badly wrong’

The deputy feels that when it came to controlling the spread of the virus, “every single aspect of it seemed to go very badly wrong”.

“I think it was very frustrating from the general publics’ point of view and also mine to see entire counties shut down – all of the restaurants; loads of shops who were probably doing so much to protect their staff that don’t have any clusters, all had to close yet the meat plants got to stay open.

“Obviously there’s the argument of it being essential food production – I completely get that – however, we know because they voluntarily closed and not through the government forcing them to, nobody starved.

There’s a line there – food production is essential, but if a meat plant closed, nobody is going to starve. I think we can be pretty sure on that one.

Recently, the deputy asked Taoiseach Micheál Martin if it is proposed to introduce legislation that would allow the government to forcibly close meat plants. He said that he would “not give a commitment” to introducing such legislation.

When asked by AgriLand if she will bring forward such legislation, the deputy said she is thinking about it – “but I would be doing it to get it voted down”.

“Since I got in, routinely, every single opposition bill has been voted down regardless of how good it is: ending child poverty – voted down; mandatory sick pay – voted down; it’s consistent,” deputy Cairns said.

The only time we saw that change was the Dying with Dignity Bill; it became a conscience vote rather than a party political vote.

“If we had more votes like that I think you’d see legislation to allow government to forcibly close meat plants pass but because that won’t happen, it would just be voted down.

“In order for it to actually come into effect, the government would have to do it. But I am thinking of doing it – but I would be doing it to get it voted down.”

‘Why isn’t there a special relationship with farmers?’

Reflecting on the last number of months, the deputy says: “The fact that the meat industry was getting such special treatment [from government] throughout this pandemic; it makes you ask if there’s some sort of special relationship there – and why isn’t there a special relationship with farmers?”

The deputy feels that this lack of relationship, along with “no communication” with farmers, is a big fault in the system.

“If you asked the vast majority of farmers what is with something like the PGI they would have no clue; there is no communication and it is kept that way.”

A meeting of the Beef Market Taskforce was due to take place on Monday (October 12) exclusively for the purpose of discussing the protected geographic indication (PGI) application for ‘Irish Grass-Fed Beef’, AgriLand understands. However, it was called off.

Among the key concerns expressed by various farm organisations about the PGI includes a perceived imbalance between how the PGI would benefit processors as opposed to farmers.

“The taskforce was set up to include farmers in this discussion and reports are showing that it’s literally a talking shop; paying lip service to hearing farmers and not actually including them in the information on any meaningful level at all,” the deputy continued.

What do they expect – people to be too tired to go and protest again? Is that it?

“Why is that the case and why is it always about farmers but not for them in the sector?” 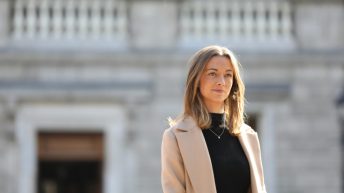