In a recent circular sent to GLAS advisors the Department of Agriculture detailed the actions which will be payable in 2015 under the new scheme.

The Department has said that all other approved actions, listed below, are payable for the five-year period January 1, 2016 to December 31, 2020. 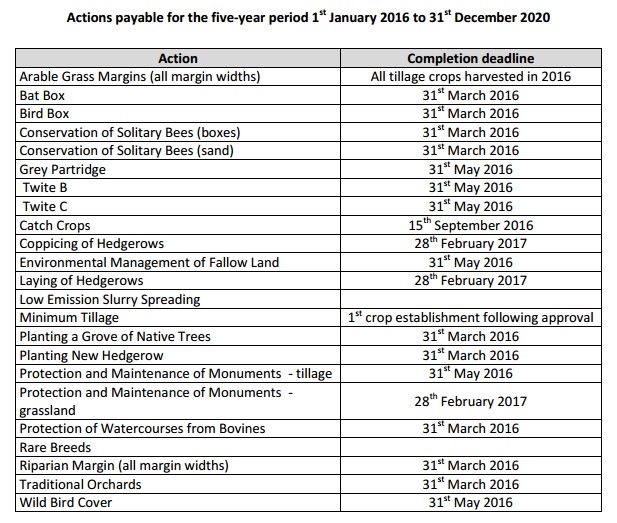 It says with regard to the Rare Breeds and Low-Emission Slurry Spreading actions, payment for these will be made subject to appropriate documentation being submitted when requested.

The Department also said in accordance with the Terms and Conditions of the GLAS scheme, payments will be calculated annually on the basis of qualifying actions delivered for the year in question.