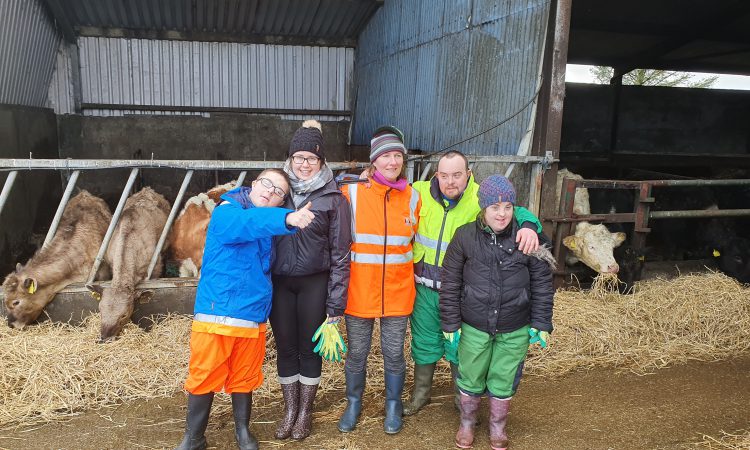 A Syrian refugee in Mayo and a young man being supported by a youth service in Cavan are among the 128 people who have benefited from involvement in social farming, thanks to funding from Healthy Ireland between 2017 and 2019.

Other participants included: a woman attending a day service in Waterford; a man accessing addiction services in Louth; people struggling with mental ill health in Tipperary; and a woman being assisted by homelessness services in Limerick.

Social farming gives people who experience challenges in life the opportunity to spend time on ordinary family farms, where they take part in everyday farm activities, forming friendships and connections with the farm family, all in the natural outdoors environment of the farm.

Social Farming Ireland launches and events usually take place on farms and in wellies but with Covid-19 restrictions in place, the launch of this report became virtual, bringing together almost 60 people with an involvement from all over the country.

Speaking from the farm, Minister Feighan described how Healthy Ireland aims to empower every person to improve their health, well-being and quality of life.

He noted that everybody deserves the chance to be supported and encouraged to create positive and long-lasting changes in their lives. For him, social farming is helping Healthy Ireland to deliver on these goals, delivering a wider range of health and well-being benefits to participants in so many ways.

“Social farming seems to work in a very holistic way, using the natural assets already there on farms and among farmers. It has great further potential for impact and long-term positive change and I think the impact the farmers will have on the participants is immeasurable,” he said.

The minister emphasised the importance of collaboration and partnership in achieving better health outcomes for all. The activity described in the report is the result of funding from two distinct departments coming together in a really positive way, the launch heard.

The department of health funds the healthy cities and counties programme through which these placements were facilitated, while the Department of Agriculture, Food and the Marine supports the development of the social farming network and the work of Social Farming Ireland in activating and supporting these placements.

It was the voices and experiences of the social farming participants that resonated most powerfully with those at the launch.

Colewin, Cole and Luchin who live in direct provision in Ballinamore and who are in the middle of a social farming placement at the local farm of Pat and Ann Bradley, spoke of the difference being able to get away and go out to the farm has made to them.

Filmed speaking over a cup of coffee at the kitchen table, they reflected on how their varied interests and goals are also accommodated within the wide range of activities available on the farm.

Colewin enjoys gaining a wide range of experience and skills but the farm is providing more specialised experience around machinery and tractors than he would otherwise be able to get in his daily life.

Pat has arranged a connection with local panel beater for Colewin which is on hold because of Covid-19 but which will hopefully be pursued again.

Luchin said: “The thing I like most is working with the cows, doing the milk.”

Cole is interested in photography and spends a lot of time on the farm taking pictures and particularly enjoys being outside and in the natural surroundings of Garradice lake where the farm is located.

Speaking via video, Margaret from Rehab Care in Limerick told how the memories of social farming involvement kept her busy and motivated during lockdown. Her love for farming was obvious as she went through photos of herself planting and playing with Timmy the dog at Rebecca Hussey’s farm in Killaloe, Co. Clare.

Shane, one of Margaret’s friends from Rehab Care, spoke of the lovely feeling of calm he had after the social farming day while another friend, Nathan, reflected on how he enjoyed doing something useful and being able to help on the farm.

Rebecca joined in to tell how she saw her role as facilitating two kinds of connection: connection with the land and nature and the cycles of life and connection with one another. She spoke of the farm as an egalitarian place.

Once we put our wellies on, we go out, we have a common purpose, we do jobs, there’s no hierarchy. People forget their mental health issue or their limitations, whatever they might be, and we work together.

This resonates strongly with the goals and values of Healthy Ireland as described by both minister Feighan and Greg Straton from the Health Service Executive (HSE), where overcoming health inequalities is a key priority and where everyone has the opportunity to improve their health and well-being.

The large attendance at the virtual launch and the comments and inputs show that enthusiasm and appreciation for what social farming has to offer has actually grown in the current context, said Helen Doherty, Social Farming Ireland national co-ordinator.

“The value of social connection and support, of building mental health and well-being, of providing everyday opportunities for physical activity, of spending time in the great outdoors has never been more apparent,” said Helen. 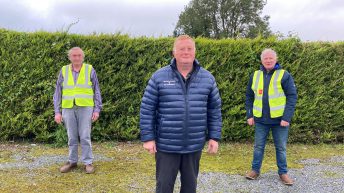