Grain price: Markets doing nothing to enthuse farmers out with drills

The grain market is doing nothing to enthuse farmers at the minute and as large amounts of grain remain in store around the country the price for next harvest is reflected in this.

Green feed barley for next harvest was priced at €145/t with some merchants last week, a reflection of current supplies. Meanwhile, the nearby futures were no more exciting.

By Wednesday (February 27) it had crept back up slightly to £162.45/t, but dropped again by close of business on Thursday to £161.40/t and remained there on Friday (March 1) afternoon.

MATIF wheat for March told a similar story. It dropped significantly at the start of the week.

Chicago Board of Trade (CBOT) wheat for March continued its downward trajectory this week.

Thursday saw the March price take a significant tumble down to 452.00c/bu.

The FOB (Free On Board) Creil price for two-row malting barley didn’t budge too much this week, but didn’t move in the right direction either. 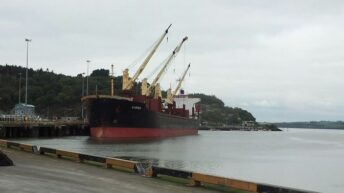