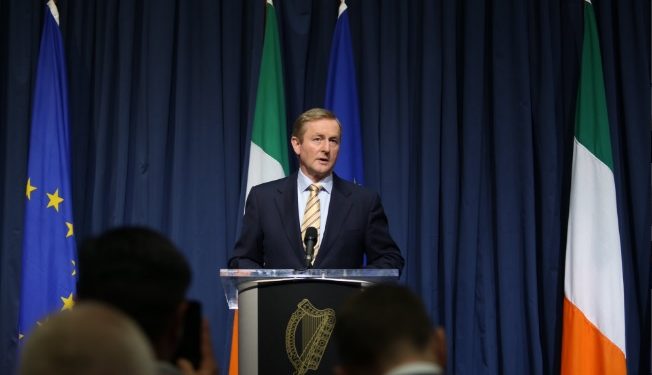 The Irish Government will do its utmost in upcoming discussions to maintain the Common Travel Area with Northern Ireland, the Taoiseach Enda Kenny announced.

In a statement today following the Brexit referendum where the UK voted to leave the EU, the Taoiseach assured the Irish public that the Government has prepared to the greatest extent possible for this eventuality.

He said that there will be no immediate change to the free flow of people, goods and services between our islands.

“In recent months the Irish Government has advocated for our belief that the EU is better with Britain as a leading member and that Britain and Ireland have always worked together very well, as equal partners, within the EU.

“I am very sorry that the result of the referendum is for the UK to leave the European Union. However, the British people have spoken and we fully respect their decision,” he said.

The Taoiseach said that the Government has engaged in detailed contingency planning for the possibility of a Brexit.

“In the immediate term, the Minister for Finance and his officials are in close contact with the Central Bank, the NTMA and our international partners to ensure that any short-term market volatility is carefully managed. They will continue to monitor and assess developments.”

The implications of this vote for Northern Ireland and for relations between North and south on this island will require careful consideration. These will be a particular priority for the Irish Government.

“We will approach these issues in the same spirit of partnership that has underpinned the peace process and has transformed relationships on this island since the Good Friday Agreement.”

Furthermore, the Taoiseach said that he is to meet with colleagues from the Northern Ireland Executive on Monday week at the North/South Ministerial Council where they will have detailed discussions on how to best approach these new circumstances – acting in the best interests of all of the people of Ireland, North and south.

“We are also acutely aware of the concerns which will be felt across the Irish community in Britain.

“I want to assure them that the Irish Government will also have their interests in our thinking as we approach the forthcoming negotiations.”

Kenny said that Ireland will remain a member of the EU and that it is profoundly in our national interest.

After more than 40 years of membership, we have built up strong bonds of partnership with all the other member states, and with the European institutions, that will continue to serve us well.

“We must now begin a period of reflection and debate on how we can renew the union of 27 and equip it for the challenges ahead.”

At the meeting of the European Council next week, he said that he will clearly set out our national position at that meeting.

Concluding, the Taoiseach reiterated that while Ireland’s future lies within the European Union, Ireland’s strong and close relationship with the UK will remain.