Government and EU will ‘bail out’ beef sector – Varadkar 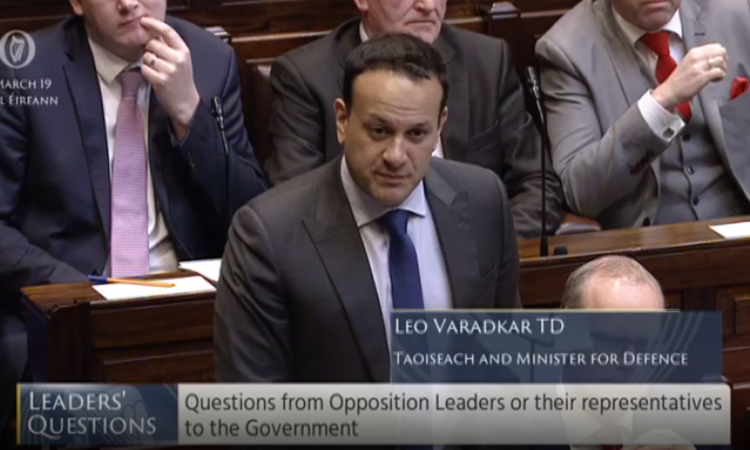 The Taoiseach, Leo Varadkar, has claimed that the Government’s priority as regards the beef industry is to protect farmers’ jobs and incomes after Brexit.

Speaking in the Dail today (Wednesday, March 6), the Taoiseach said that the Government was still hopeful of a withdrawal agreement between the UK and the European Union being signed.

Answering questions from Kerry TD Danny Healy-Rae, the Taoiseach argued that Brexit was the primary concern for farmers and producers.

The overriding concern for everyone working in the beef industry is what’s going to happen in the coming weeks in relation to Brexit.

“I want beef farmers and the beef industry to know that we have their back in that regard,” he claimed.

He added: “We’re working to secure a deal that provides a transition period, so that there is no change in the rules of trade, at least until the end of 2020. I believe this will work to restore confidence to the industry, and will allow prices to rise again.”

However, he added that, should a ‘no-deal’ Brexit scenario take affect after March 29, the Government and the EU would provide financial supports for the sector.

In the event that we don’t have a deal, we’re working very closely with the European Commission to put in place financial support that will be necessary to bail out the industry, something we will have to do to defend incomes and defend jobs. That’s our priority at the moment.

Deputy Healy-Rae also heavily criticised the four movement and 30-month rules, among other restrictions, which, he argued, unfairly decrease the prices of animals at the factories.

In answer to these criticisms, the Taoiseach argued that those issues were beyond the Government’s remit.

“Factories are private industries. Government doesn’t control the price of any commodity; these prices are determined on the market, taking into account supply and demand,” he said.