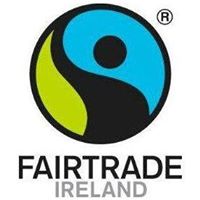 Fairtrade Fortnight is taking place from February 24 to 9 March. This year’s theme is bananas and the event aims to create a better working environment for farmers and workers in developing countries.

According to Bord Bia’s Colleen McEnroy, the Fairtrade movement has been a huge success despite the initial doubts of some.

“This ethical label assists businesses in their quest for sustainability, ensures satisfaction from caring consumers and, most importantly, creates fairtrade among the farming communities which vitally need it,” she outlined.

“As Fairtrade becomes more mainstream, companies are becoming sustainable and, in return, they are seeing an uplift in sales. It is crucial that the business community set aside differences and work together to openly share their learnings in order to satisfy the caring consumer.”

According to Fairtrade, the following four main benefits for companies that incorporate social values are as follows, explained McEnroy.

“Consumers think better of companies who use Fairtrade: The caring consumer is more loyal to organisations who support Fairtrade. A well known example of this is cadburys: 48 per cent of consumers say they are more likely to buy their products because there carry the Fairtrade logo.

“Brand positioning: If consumers think better of you, they usually stay loyal to you.

“Staff feel more loyal and think highly of their employer:  By becoming a more ethical organisation, staff morale often increases as there is a belief that the organisation cares on both a local and global scale. When Starbucks took on Fairtrade practises, they flew employees to the African farms behind their label, creating an emotional connection between its staff, the product and the organisation.

“Long-termism – Engaging stakeholders and securing supply chain: Fairtrade is a business decision for many organisations as it engages with its consumers. Additionally, it creates a public perception that positively impacts on stakeholder and can assist in securing a long term supply chain.”