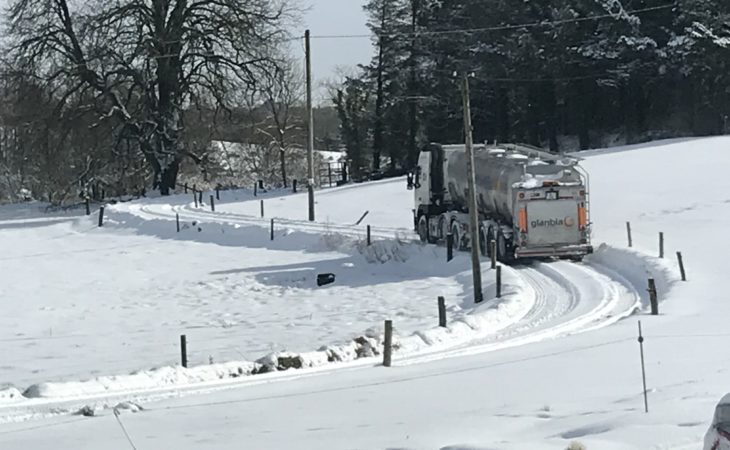 Farm bodies have welcomed the move by Glanbia to pay 20c/L (including VAT) on milk lost during the big freeze – however, some claim the amount does not go far enough.

Earlier today, the major processor stated that – as a result of the extreme elements farmers are facing nationwide – it will now pay 20c/L (including VAT) on milk volumes that have had to be dumped due to collection service disruptions.

The payment will only be made in the event that a farm insurance policy does not cover milk lost.

Calls are now being made for other milk processors to follow suit.

But, he said, the 20c/L figure “falls far short” of the value of the produce.

I welcome the early decision by Glanbia to make the announcement; but, the amount is a long way short from the attainable price if that milk was to go to the processor.

“At the same time the gesture can’t be dismissed as the problem is a health and safety issue for drivers,” he said.

McCormack is encouraging farmers not to dump supplies and to instead conceive of other uses for the surplus.

I would encourage farmers – if they can do so – to put milk into barrels or field water troughs and add the necessary adjectives to it on Monday. They will be able to use it to feed calves.

“They may be able to use it for feeding calves for up to three weeks,” he said.

“If farmers can get 20c/L, and look at other options, that might go some way to consolidating the loss.

“No farmer should be at a loss. It is on the farmer to produce the milk, and it is on the processor to collect it. It isn’t the milk producer that is failing to get out to the parlours.

“But, at the same time, I understand that safety is of paramount importance,” he concluded.

Minister for Agriculture, Food and the Marine Michael Creed has welcomed today’s announcement by Glanbia; meanwhile, the Irish Farmers’ Association (IFA) has also praised the move.

Tom Phelan, IFA national dairy chairman said: “This is a welcome signal of support, which we hope others will follow. However, the key issue is trying to get milk collections going again,” he said.

Phelan also welcomed Taoiseach Leo Varadkar’s statements earlier this morning that access to dairy farms will be a priority for councils working with relevant co-ops.

“It is important that this translates into real action on the ground,” he concluded. 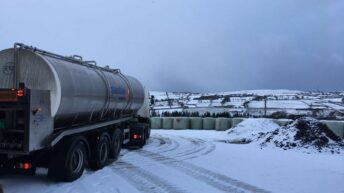