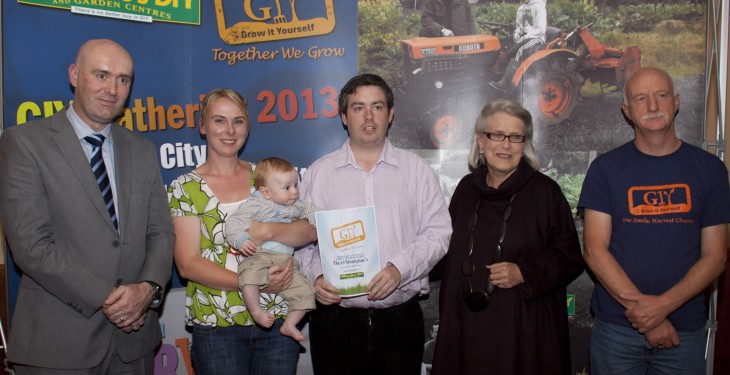 An awards ceremony in Waterford has acknowledged the work being undertaken by Grow It Yourself (GIY) enthusiasts across the country.

As part of the two day GIY Gathering event held during the Waterford Harvest Festival last weekend, individuals and families were commended for their work at the Tower Hotel in Waterford City.

The GIY Family of the Year accolade was presented to the O’Donoghue family from Bishopstown in County Cork.

The O’Donoghues became involved in GIY Ireland following a request for families to participate in a six month food growing challenge called GIY Nation. The family say their confidence has increase since first beginning to grow their own food and are eager to embark on new projects.

Shane Maher took away the coveted title of GIYer of the Year. Shane grew up helping his grandparents grow potatoes on their farm in Carlow. After moving to Dublin, he joined GIY Dundrum and has since participated in various groups and projects.

The GIY Group of the Year Award was presented to members of GIY Ballina, County Mayo.