Gentle pasteurisation of milk – with microwaves 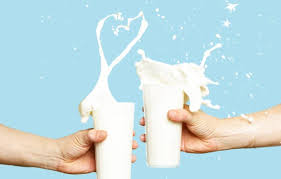 The View from Europe: In the EU-funded project MicroMilk, European SMEs together with the University of Hohenheim and the Fraunhofer IGB have developed a novel method for pasteurisation of milk with microwaves.

The system preserves the valuable components of milk, and is also suitable for heating viscous and concentrated dairy products due to minimised fouling formation.

As a result, cleaning efforts can be reduced and detergents are saved. In the follow-up project MicroMilk Demo, the system will be transferred into industrial practice.

In order to increase the shelf life of fresh milk and eliminate spoilage by microorganisms, milk is usually heated in a process well known as pasteurisation. Hereby, cold milk is first preheated and then further heated in a separate section for a few seconds up to 72 degrees. The major microorganisms present in the milk are destroyed during this process and as a result, the milk can be kept consumable for up to 10 days.

Currently, the milk is pasteurised by using plate heat exchangers in which preheated milk is passed in countercurrent to hot water or steam. The heat recovered from the subsequent cooling of the pasteurised milk is used to heat the incoming cold milk.

However, direct heating using plate heat exchangers has disadvantages: heat transfer is weakened by a process known as fouling, in which the heating time is extended by formation of an undesirable layer on the large surfaces of the heat exchanger. They must therefore be cleaned regularly. Here, energy, water and detergents are required.

In the EU project MicroMilk, co-ordinated by the Fraunhofer Institute for Interfacial Engineering and Biotechnology IGB, different partners have developed a system that enables the preservation of milk and milk products with microwaves.

A prototype for continuous microwave-pasteurisation with a throughput of 400 litres of milk per hour has been integrated into an existing pasteurisation process at a dairy station at the University of Hohenheim. In experimental operation, great advantages have been shown.

Reduction of fouling has enabled extended operating times between system cleansings, thus additionally saving water. Milk heating with a pasteurisation step from 68 degrees to 72 degrees not only results in a more homogeneous temperature gradient, but is also three times faster than with a plate heat exchanger.

Due to this extremely rapid, almost sudden heating (‘flash heating’), the milk is exposed to high temperatures only for very short time.

“Much of the valuable and heat-sensitive substances, especially milk proteins and vitamin B remains undenaturated,” explained Dr Ana Lucia Vásquez, who co-ordinates the project at the IGB.

“A very promising characteristic of microwave pasteurisation is that we can also handle viscous products with a high content of solids, such as whey concentrates,” Vásquez said. “Existing pasteurisation plants are susceptible to fouling and have to be cleaned frequently.”

The core of the microwave method and a result of extensive simulation is a compact reactor, which is divided into different compartments. Each compartment is equipped with its own magnetron generating electromagnetic waves.

The microwaves are coupled into a waveguide, which simultaneously acts as the heating chamber. Through this chamber, the milk flows in a special pipe. The pipe material does not absorb the microwaves, but is resistant against heat and pressure.

Vásquez described the principle: “During this passage, the milk is heated directly, and, unlike the plate heat exchanger, it is not heated from the outside to the inside, but volumetrically: when the electromagnetic waves are absorbed by the polar molecules of the milk, this makes the molecules oscillate over the entire volume and thus homogenously generating heat.”

To provide the operational economics and to establish the system in the market, the process is now to be demonstrated with two industrial scale units within the follow-up project MicroMilk Demo.

Dairies with a relatively small throughput can integrate the new microwave module into their existing plate heat exchanger system; the flexible microwave-pasteurisation system enables discontinuous operation, allowing the processing of small throughputs to remain profitable. For this purpose, a microwave unit with a flow rate of 2,000 litres per hour is designed.

The unit is specifically designed for the flash-heating of milk from ca. 67 degrees to 72 degrees, replacing the conventional heat exchanger and the associated heating circuit for pasteurisation.

However, the regeneration stage for heat recovery remains unaltered. “This makes the pasteurisation system profitable for small dairies, since the system does not require a separate heating circuit or boiler for the start-up,” explained Vásquez.

The second microwave-pasteurisation unit to be built has a flow rate of 1,000 litres per hour and will be tested to treat especially high viscous products such as condensed milk and whey concentrates, as well as products with a high content of solids such as fruit yogurt, fruit juice and fruit puree.

This system is expected to operate without fouling formation and to heat dairy products to a wide temperature range of 60 degrees; foulingprone plate heat exchangers will not be used.

Since September 2013, ‘MicroMilk-Demo – Demonstration of a novel microwave processing application for nutritional and shelf stable milk’ is being funded within the scope of the 7th Framework Research Programme of the EU.