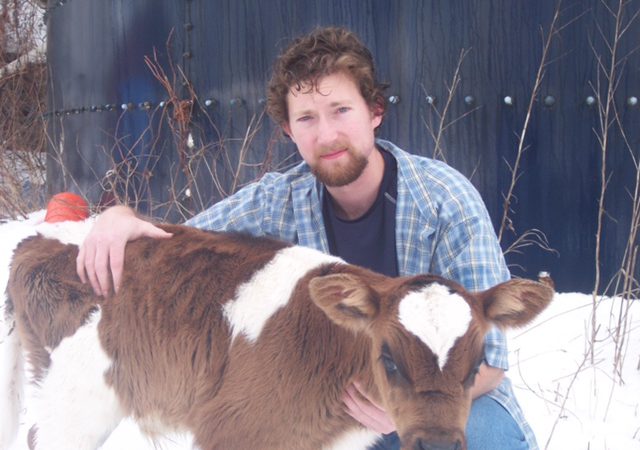 A 36-year-old who grew up on a dairy farm in Upstate New York and who is currently living in Galway and showcasing rural writing, will see his first novel ‘The Beasts They Turned Away’ published by Epoque Press next March.

Ryan Dennis is the creative force behind The Milk House, an online community between those who write about rural subjects and those who like to read about them. The work featured on The Milk House varies from fiction to non fiction to columns and opinion pieces. Contributors are spread across the globe.

“Although I have written a syndicated column called The Milk House for almost 10 years, the project as it stands now was born out of my experience in trying to get my first book published,” said Ryan.

“My forthcoming novel, ‘The Beasts They Turned Away’, is written in a lyrical and non-conventional style and set on an Irish dairy farm.

“Unfortunately, literary agents are more appreciative of a book’s marketability than its singularity. Although it received praise from many agents that read it, they ultimately believed that those familiar with agriculture would be turned off by the novel’s experimental nature, and that those in literary circles wouldn’t be interested in the intimate details of dairy farming,” he said.

One reason The Milk House project was created was to refute the idea that the most innovative and exciting writing comes from metropolitan areas. Sometimes it is forgotten that books from rural writers don’t have to be pastoral or traditional, but instead can be surprising and original.

“The Milk House is meant to be a receptive space for such writing. The other goal is to help build a community of rural writers and allow them to connect new readers.

“Writers of rural subjects can present themselves to an audience that has an interest in the things they write about.

“On the other hand, readers can be introduced to new writers and get a taste of their style, as well as hopefully read new and engaging content every week – often getting their experiences reflected back to them in some of the stories, essays and poems they read on the site,” he said.

“Since being launched last March, I am very humbled by the support given by other writers for the project, and the momentum it has gained because of it.

“The Milk House has published well-known writers from around the globe, from Will Weaver, one of America’s most well-known fiction authors who often writes about farming, to the Irish poet and memorist Patrick Deeley, as well other Irish writers from the farming experience like Maura McElhone, Lorna Sixsmith and Martin Keaveney,” Ryan said.

A recent piece by dairy farmer and author Lorna Sixsmith was titled ‘What Secrets Does Taylor’s Field Hold?’ as what became known as the ‘Clonbrock Murder’ is recalled.

“Alongside these established practitioners, the site was lucky to publish talented up-and-coming writers like Surnaí Ó Maoildhia and Jessica Maybury, in addition to well-written pieces by readers or bloggers. The Milk House has steadily grown in readership and in interest from writers who want to contribute to the site, which is very encouraging.”

Having left Upstate New York, Ryan has lived most of the last 15 years in Europe.

“Seven of those years were in Galway, where I currently reside. In addition to The Milk House column, which has appeared regularly in print in three countries, I received a Fulbright Award to spend time in Iceland and write about their dairy farmers.”

Ryan has taught creative writing at several universities in Germany, as well as the National University of Ireland Galway (NUI Galway), and last year received a PhD in English at NUI Galway. He is currently working on his second book, a memoir that explores the reasons for the end of family farming in the US.

“My family sold the dairy cows in 2014, and now just have a beef herd of 45 cattle. I go back to Upstate New York when I can to help out with the field work or for whatever chores they need a younger person for such as tagging and vaccination,” he said.

While many may not associate Upstate New York with farming, Ryan said it is actually the third largest dairy state in the US.

“Once you get above the city, it’s mostly very rural and a land area three times as big as Ireland,” said Ryan.

Unfortunately, because the US treats the free market as a religion – and of course, a farmer doesn’t have countervailing agency in unregulated markets – the American farmer has been on the productivist treadmill for a long time now. Or in other words, dairy farmers have had to keep expanding and expanding to stay alive.

“Even before Covid, many 500-cow herds found themselves to be too small to compete. And, even before Covid, there was simply too much milk, so many dairies were already being asked to dump it straight into their manure lagoons.

“The US did not do much to protect its family farmers, and as a result agriculture looks much different there than it did a decade or two ago.” 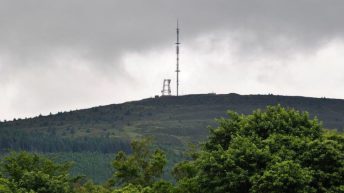