From ‘glamping’ to stone work, smallholders mix it up 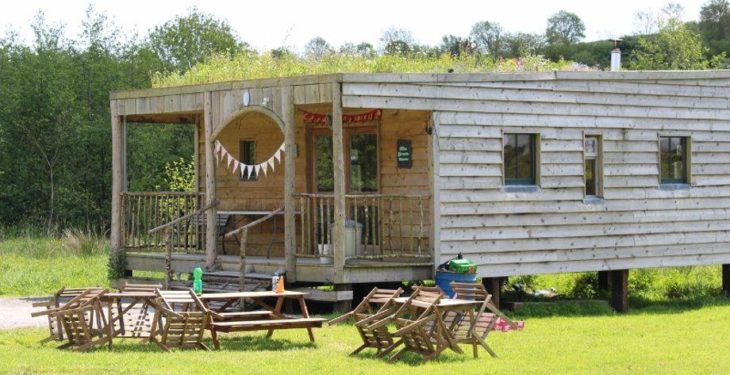 Stone mason, farmer and ‘glamping’ site owner, Tom Pollard has his finger in a lot of pies. “I am happier when I’m busy,” said the Dubliner. He has made a life for himself and his wife, Heather, on a smallholding that was in his father’s family, in south Tipperary.

The GLAS (Green Low-Carbon Agri-Environment Scheme) farmer’s calendar is pretty full at present. He keeps sheep and poultry on the farm, and supplements the income by a range of activities. Next week he will be giving stone carving workshops at the Electric Picnic in Stradbally, Co. Laois.

From September 14 to 17, he will be one of the tutors at Feile na gCloch, focusing on: stonewall building; carving; letter carving workshops; and on-location sketch-outs, on Inis Oirr, Aran Islands.

On September 19 and 20, he will give a course on ‘Hot Mortar Mixes’, hot lime and earth mortars and their application, aimed at those who may be renovating their own building through the Traditional Farm Build grant scheme, in association with the Heritage Council and the Department of Agriculture, on his ‘glamping’ site, Caravantasia.

Pollard works extensively on the repair and maintenance of traditional farm buildings and walls, using traditional mortars and methods.

When he took over the 23ac holding in Crohane, near Killenaule, the thatched cottage hadn’t been lived in since 1984. The walls dated back to the 1680s and were probably built with clay from the ringfort on the land, said Pollard, as he tells intriguing stories of family members.

Although a city boy, his father came from Kilkenny, and his mother from Connemara, so he grew up close to the land, sometimes garnering a bit of time off school to help out.

Before inheriting the farm from his uncle, he ran his own craft business in the capital. He also did a dry stone walling course at Drimnagh Castle with Pat Mc Afee.

His skills were put to good use when he had to erect a timber-framed house with stone exterior, using lime mortar, on the holding, as the cottage was beyond repair. He also restored an old shed, with funding from the Heritage Council and the Department of Agriculture’s traditional farm building scheme. The whitewashed shed is used for lambing and storing timber.

“A lot of people are curious about it, and can’t believe that clay can hold a wall up,” Pollard said. “I love traditional buildings, and we have perfect soil and sand for sustainable building and repairs here.”

He laments the loss of skills in rural Ireland, as he discusses his own near off-grid lifestyle. “We are into low impact living. I don’t use any machinery – I cut the hedgerows by hand, and I don’t spray anything.

“We plant trees every year. We have a 5ac field that we call ‘the bog’, and if we had cattle, we would drain it, but we planted 800 saplings there the first year, and we have kept planting every year since. It doubles as a glamping site and a new forest.” 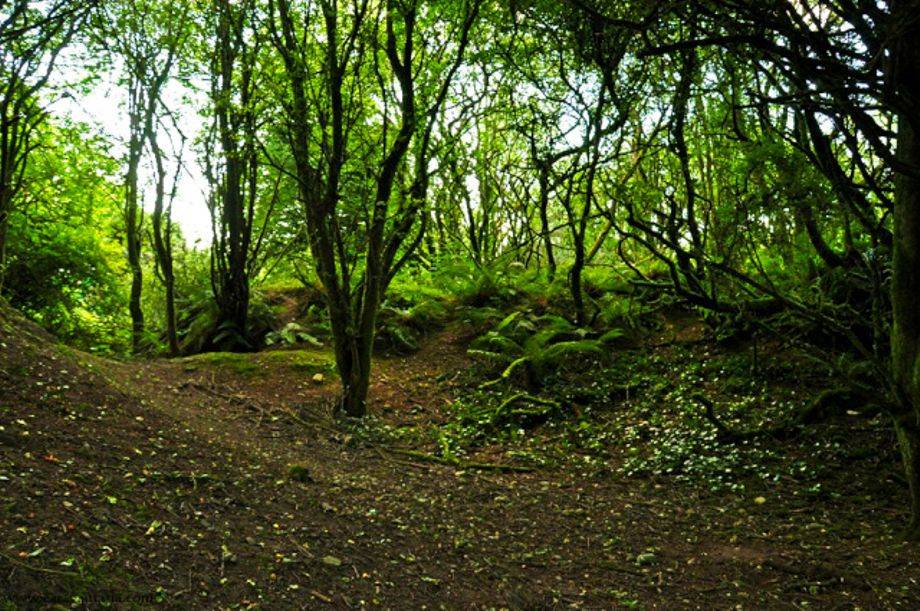 He and his wife Heather, a self-employed environmental consultant, came up with the idea for hosting a vintage-themed ‘glamping’ area during the downturn.

The lights just went off, and we sat around the kitchen table, trying to come up with ideas. Friends had commented that they would love to pitch a tent on our land, and we had been to the Electric Picnic in Stradbally, and admired the caravans there.

The couple found themselves investing in caravans and setting up Caravantasia three years ago. “Our first was bought in Miltown Malbay in the dark, not a great idea, but we cut our caravan renovating teeth fixing it. Heather did the upholstery and I did the painting. Two of our caravans were built in Ireland, one in Roscrea, and the other in Gort.

“Now we have six ’60s and ’70s themed caravans, and a bell tent, which is a prettier version of a yurt, which can accommodate six people. People can also pitch their own tents. We have a cooking area called ‘Maggie’s Kitchen’ that resembles an old cottage, and was called after my great aunt Maggie.”

The couple haven’t got any complaints about the lack of wifi, and find that Dubliners in particular relish the peace and quiet and the chance to get close to nature while throwing horse shoes and benefiting from solar-powered showers. However, locals also love to come to stay, he said.

The couple’s neighbour, Billy, who hosts a decades-long tradition every Wednesday night in his house ‘The Farmers’ Forum,’ where a few local farmers meet to socialise, enjoys chatting to newly-arrived campers, before sending them in the right direction.

A number of other farmers around the country have diversified into ‘glamping’. For anyone thinking of going for it, Pollard’s advice is to research extensively. “Make sure you look at planning issues, and the amount of land you have. People love not to be overlooked, and don’t want machinery driving right by them,” he said.

“We were fortunate to get Failte Ireland approval, and we got over the insurance hurdle by dealing with a company in the UK, where ‘glamping’ is very common.

“We won’t make a million from it, but we love this place, are using the land, and paying the bills. We feel very lucky.”

Details about the ‘Hot Mortar Mixes’ course are available at www.caravantasia.com. 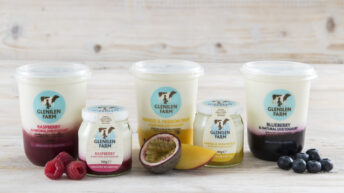