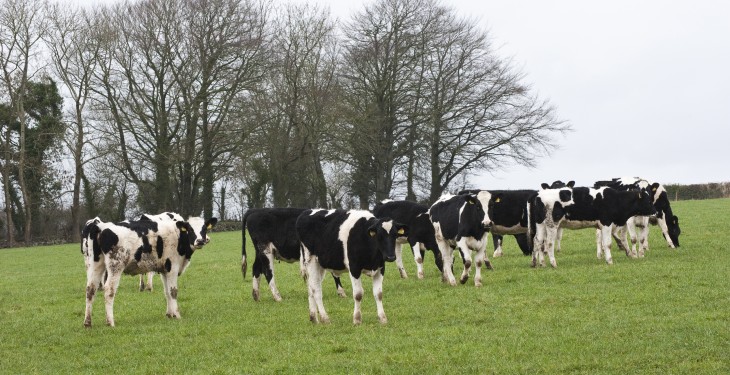 The data, released by the Department of Agriculture as part of its ‘AIM Bovine Statistics Report 2016’, show that some 458,184 Friesian-sired animals were slaughtered in approved beef plants last year.

This throughput consisted of a mixture of cows, heifers, steers and bulls.

The Friesian proportion of the kill is likely to increase in the coming years, due to the widespread expansion that has occurred on Irish dairy farms since quotas were abolished.

The next highest on the list was Limousin-sired cattle. Supplies of these animals stood at 328,313 head in 2016. This was just slightly ahead of the 316,360 Charolais cattle slaughtered in approved beef plants.

Angus and Hereford cattle supplies also featured prominently and throughput of these animals stood at 223,117 and 133,026 head, respectively.

However, it must be noted that some of these animals originated from the dairy herd and were finished under calf-to-beef systems.

Official figures also show that Simmental throughput stood at 56,463 head; Belgian Blues accounted for 3.1% of the total kill; and some 11,754 Shorthorn-sired animals were slaughtered last year.

The ‘other’ component of the kill, which consists of a wide range of breeds, made up approximately 4% of beef cattle supplies last year.

In addition, the department figures delve into the breed breakdown of cattle exported to the UK for direct slaughter in 2016.

Like the Irish beef kill, Friesian cattle dominated this market as some 6,262 head were exported to the UK – accounting for over 55% of total shipments.

Some 1,566 Limousin cattle were shipped to the UK, while Charolais exports stood at approximately 1,500 head last year.

Furthermore, the combined number of Hereford and Angus cattle moved to our nearest export market stood at 564 head.