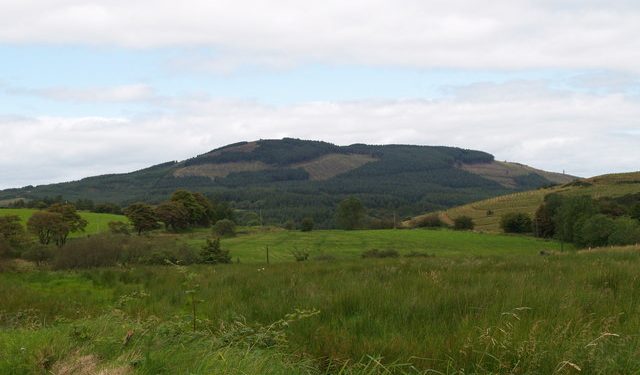 RTE’s radio show Morning Ireland featured a report today on a recent development in Co. Tipperary, whereby three cows were found to have been killed by lead poisoning.

The report said that autopsies, conducted by the Department of Agriculture, that were done on the three animals concluded that the cattle died from elevated lead concentrates in the kidneys, culminating in lead toxicity. The three animals were from the Silvermines area of Tipperary.

Two of the animals died in February while another died in March, all of which were tested in the Regional Vet Lab in Limerick. There was an earlier death in January but tests were not carried out on that cow.

In response to this, 20 local farms in the area had samples taken of milk, tissue, blood and animal feed for clinical examination. As a result, three of the herds tested were restricted, though two were later de-restricted.

This has lead to the re-establishment of an inter-agency group which was set up in response to the public health scare that occurred during the late 1990s.

The issues at hand today bear strong resemblance to the events in 1999 where, as a result of three cattle deaths, there were a series of public health and environmental issues discovered which led to the government putting in place an €11m rehabilitation project to remedy the situation.

Of the funds used, €6m was used to cap, cover and make safe the Gurtmore tailings pond, a large waste pond from an old mine, where over time, the toxic sludge dried up and eventually led to the issue of toxic dust spreading in the 1980s and 1990s.

Because of the problems from that time, concerns were immediately raised, leading to the Department of Agriculture once again forming an inter-agency group. The group consists of Tipperary County Council, the Food Safety Authority of Ireland, the Environmental Protection Agency, Teagasc, Irish Water, HSE, and the Department of Communcations, Climate Change and the Environment.

The group was initially to meet last week but this has been postponed until later this month.

Locals are extremely concerned with the present issue. John Maher, one of the 20 farmers tested, said: “My herd has been tested. My milk has been tested; so far everything has been okay. But there are some farmers who are not in the same position. Their animals have died. Their milk has been rejected from the creamery; they’re in an awful situation. We just don’t know – and this is animals we’re talking about.

An individual is milking cows every day and pouring the milk into the slurry tank. He’s not getting paid for it; it’s as simple as that and there’s no come back for it.

Asked about his reaction to being tested, Maher said: “I absolutely shivered; what if my milk is rejected? It’s my livelihood; it’s my family’s livelihood.

The farmer at the centre of the investigation did not comment for the Morning Ireland report.

Regarding the causes of the poisoning, the inter-agency group is currently investigating. Samples of water, soil and stream and river sediment have all been collected for testing.

A theory that has been raised focuses on stream sediment – displaced during extreme flooding in November 2015 – that became lodged on the surrounding lands and thus entered the animal food-chain.

While this line is being investigated, locals remain very worried and are demanding that stream sediment be thoroughly examined and issues, that had not been dealt with during the previous scare, are finally resolved.

One of these locals, Margaret Ryan, said: “It’s absolutely happening all over again. We live every day worrying about it. The simple solution, she said, was: “Clean up the streams; stop the sediment coming down. There has to be something that can be done to prevent it.”

Michael Leamy, a local farmer, said: “While some of the issues have been re-mediated, and a good job done on some of them, but there’s still a lot of problems left behind. The source of this contamination was identified nearly 20 years ago.

“I think the state should come in and clean up this stream. I think the materials should be disposed of properly, and I think the source of the contamination needs to be dealt with and the contaminants need to be removed before they actually get into the water.

“I’d like to point out that it is not just lead; lead is the contaminant that has been identified. But also, there are an awful lot of other elements that are coming with the lead out of the mine shaft such as arsenic, cadmium and a lot of other dangerous elements. But they haven’t been singled out at this time.

The IFA has commented on the issue, noting that the Kilmastulla river needs to be cleaned out. The ICMSA also spoke on the matter and said that the case is a specific, isolated problem.

Irish Water said there are no concerns about the public water supplies, and added that the proposed abstraction point at Parteen, for the east and midlands water supplies project, was upstream from the Kilmastulla river.

Locals also stressed other mining sites that are up for sale. One mining site in particular, near Shalee, was recently advertised for the development of farming buildings.

Margaret Ryan, from Shalee in the Silvermines area, said: “The tailings pond in Gurtmore was never bought back. There are now four sites in the area that are up for sale. I am really worried about what’ll happen if they are going to be sold.”

The Gurtmore tailings pond is currently in private ownership. The Department of Communications, Climate Actions and the Environment is in talks to purchase it, but locals want it in state ownership as soon as possible and they are worried about horses grazing on the pond.

John Maher spoke on that particular matter, saying: “There was a great job done on the tailings pond. Unfortunately there are now horses grazing on it at the moment.

The Department of Communications, Climate Actions and the Environment is aware of the horse damage, according to the report, and says that toxic dust spreading should not be an issue.

There have been no comments from the HSE regarding human tests for lead.

The Food Safety Authority is satisfied that the toxic dust issue is being monitored and that the public health is being safeguarded, according to the report on Morning Ireland. 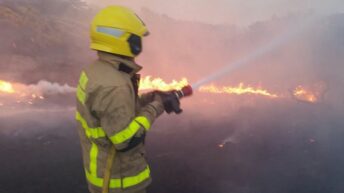