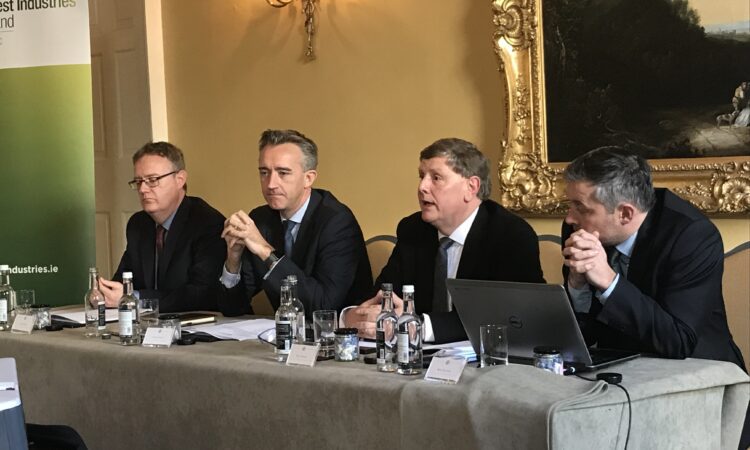 The Irish forestry industry is forecast to double its supply of raw material by 2035, compared to its 2017 levels, according to the newly-established Forest Industries Ireland.

A new business sector within Ibec, almost all of the major forestry and timber companies in Ireland are members of FII, drawn from across the industry. These include the largest timber processors as well as companies involved in the establishment and management of forests.

Stemming from this forecast growth by 2035, the industry estimates:

The new organisation has 22 member companies from across the island which comprise the full span of the forestry supply chain.

FII will spearhead the industry response to crucial challenges such as Brexit and will be the primary voice of the sector in Ireland.

The group says it will work closely with Government to deliver the full potential of the industry and make commercial forestry an even more substantial employer and exporter.

Today, forests cover 11% of Ireland’s land area. The “game-changer” for the industry is the fact that timber output from Irish forests is set to double between now and 2035, which will double industry output, according to the sector group.

Because of our climate trees grow fast in Ireland, giving Irish producers a major competitive advantage over other timber-producing countries.

Brian Murphy, the inaugural chairman of FII and CEO of Enniskillen-based timber processor Balcas, said: “Forest Industries Ireland is placing timber and forestry at the heart of Ireland’s rural economy.

“With a combined turnover of over €800 million, the industry is a major player in the rural and national economies.”

Murphy said that the industry delivers quality jobs especially to rural communities, adding that it makes a “major contribution to the Irish economy, our society and the environment”.

“The UK is the key market where we intend to increase market share and we will continue to grow our presence there. We are confident that the industry will prosper in the long term – even with Brexit.

As well as driving economic activity and employment, our forests absorb 3.6 million tonnes of CO2 per year, the equivalent of annual CO2 emissions of 80% of the cars on Irish roads.

“Forests and wood products are a vital tool in our efforts to combat climate change. We have a natural advantage as we can grow trees twice as fast as some competitors.”

The chairman called on the Government to continue supporting the sector by continuing to invest in the national Forestry Programme and ensure that timber supply can be continued, adding that the group would be speaking on this issue – and Brexit – with Ministers Creed and Doyle later today.

Mark McAuley, director of FII, also commented at the launch, saying: “Ireland has a natural competitive advantage in forestry and timber.

“Our forests are delivering more and more timber to our sawmills and the construction products they make have a strong and growing market in the UK and Ireland.

The industry will continue to grow and provide more jobs in rural areas.

“All the while, our forests are absorbing millions of tonnes of carbon from the atmosphere and providing great recreational sites for everyone.” 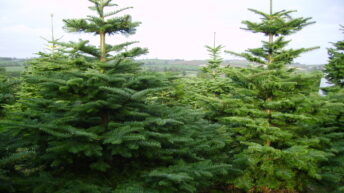 What can I do with my real Christmas tree now that the holiday season is over?