Forestry appeals system needs to be fit for purpose – IFA

The Irish Farmers’ Association (IFA) is urging the Department of Agriculture to ensure that the forestry appeals system is fit for purpose.

“Farmers with a crop to harvest have become very frustrated with the appeals system and the backlog,” he said.

Nally added that “farmers must have confidence that an appeal will be heard within a defined timeframe so they can manage their forest sustainably”.

The financial and emotional costs, as a result of the delays in the forestry appeals system, should not be underestimated.

Farmers can be waiting over two years to get their licence approved only for it to be then appealed, where it could take a further two years for their case to be heard.

“The system is not fit for purpose, and if not amended it will have a significant impact on the immediate wood supply, and on future wood supply from farm forests,” Nally added.

The IFA says there are over a million cubic metres of wood caught up in the backlog.

The association says this represents a lot of income for farmers, as well as thousands of rural jobs that are supported through the mobilisation and processing of this indigenous product.

Farmers need a forestry appeals system that will issue decisions in a defined timescale so they can manage their forest effectively and protect the value of their investment, according to the IFA.

New statistics on the committee were released last week which show that approximately 750 projects have been appealed against over the last three and half years.

Of these, 500 appeals have yet to be decided on. This year, the committee had been progressing through appeals at a rate of approximately 20 per month prior to July 31. 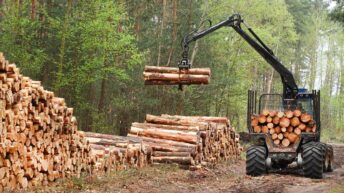