‘Focus on food waste instead of food production’ – ICSA 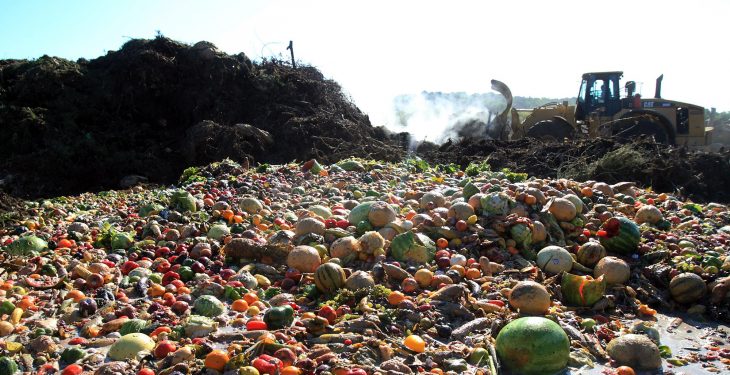 Reducing food waste should be the “primary focus” in terms of climate mitigation, rather than disrupting livestock systems, according to the Irish Cattle and Sheep Farmers’ Association (ICSA).

Edmond Phelan, the association’s president, explained that: “One third of food produced is wasted; it stands to reason that the focus must be on what you waste, not what you eat.

“Blaming sustainably produced beef and lamb for the potential demise of the planet is wrong,” he added.

Phelan was responding to a report from the UN’s Intergovernmental Panel on Climate Change (IPCC), which called for changes in land management and dietary changes to mitigate climate change.

“Even the IPCC admits that natural land processes which reflect current agricultural systems absorb carbon dioxide equivalent to almost a third of carbon dioxide emissions from fossil fuels and industry. So, it is dangerous nonsense to advocate massive disruption of current livestock systems,” argued Phelan.

He also said that there was a “lot of potential” to use current agricultural systems in the production of biomethane and crop-based biofuels without “imposing extreme vegan solutions”.

“In addition, the spotlight needs to be shone on irresponsible deforestation, as opposed to responsible land use,” Phelan urged.

The rate of deforestation in the Amazon region is accelerating exponentially, and is irresponsible in the extreme. Unstopped, this will cause far more long-term damage than any amount of responsibly produced, grass-fed beef and lamb.

The ICSA president stressed that, with growing populations, “people must be fed”.

“To this end, efforts should be put into helping farmers, not multi-nationals who are investing billions in highly processed foods, which are far more damaging from a climate perspective,” Phelan argued.

“All of this misguided focus on unworkable and unprecedented dietary change is letting fossil fuel and aviation sectors off the hook. When you have 225,000 airplanes in the sky on one day, it is a complete parody to target healthy livestock products,” Phelan concluded.