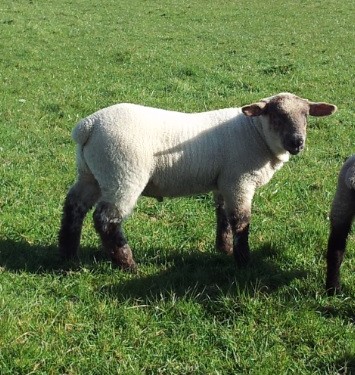 The first of the 2016 lambs are expected to come on stream this week, with some factories quoting €7.50/kg for milk lambs weighing 10-13kg.

Kepak Athleague is currently quoting for milk lambs and are looking for about 100 of these lambs for slaughter on Friday.

Irish Country Meats has also started to quote for new season spring lamb and are offering farmers €6.40/kg for lambs up to a 20kg carcass.

Meanwhile, last week’s attempt by factories to cut the price for hoggets seems to have worked, as many factories are holding quotes at last week’s levels.

Kepak Athleague continues to offer the highest price for hoggets, with quotes starting at 550c/kg.

Kildare Chilling is also holding the price at last weeks levels with farmers being offered a base price of 530c/kg, while the two ICM plants are offering 540c/kg for hoggets.

There has also been no movement in the prices being offered for cull ewes. Farmers are currently being offered 280-300c/kg for these lots.

The week-on-week hogget supply has shown slight signs of easing in recent weeks, figures from the Department of Agriculture’s sheep kill data show.

During the week ending February 28, the hogget kill dropped slightly (-1%) on the week before, with the number of hoggets slaughtered at Department approved sheepmeat export plants standing at 33,699 head.

There has also been a week-on-week fall in cull slaughterings.

According to figures from the Department of Agriculture, the total number of ewes and rams slaughtered during the week ending February 28 stood at approximately 5,200 head.

As a result, the cull kill has dropped by about 7.7% (432 head) during the week ending February 28 on the week previous.

But despite the week-on-week sheep kill easing, the cumulative supply of sheep remains ahead of 2015 levels.

The cumulative number of sheep slaughtered at export approved plants this year to the end of February is running about 29,000 head (10%) over the same period in 2015, this data shows.

And, figures from Bord Bia show that this increase has resulted in the net production of sheepmeat in January 2016 has jumped by 7% of 2015 levels.

According to Bord Bia, the British market has eased following a recovery in supplies. The SQQ live price for lamb in England and Wales was making the equivalent of around €5.30/kg last week.

The French trade continues to remain slow, it says on the back of reduced demand and a plentiful supply of Lacaune lamb available in the South of France.

He said that the volume of Irish lamb shipped to France had dropped by 12% in 2015 compared to the year earlier.

This drop has occurred due to French farmer protests, a reduction in French retail spending and more of a focus on domestically produced lamb.