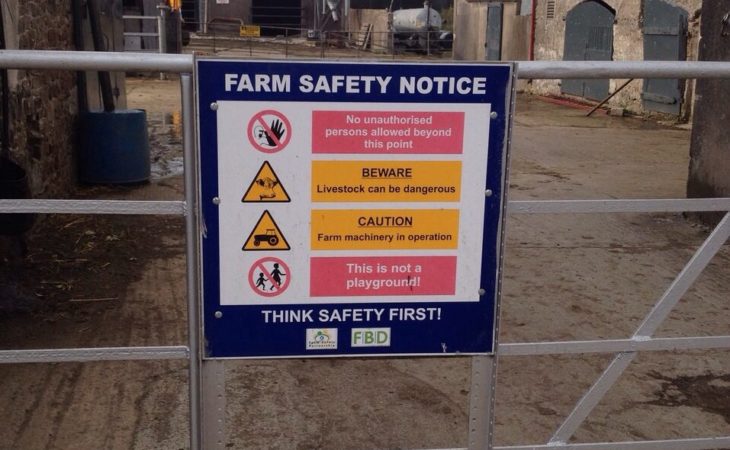 The Health and Safety Authority (HSA) is investigating a farm fatality in Co. Waterford, a spokesperson for the authority has confirmed.

A man in his mid 50s was killed in an area in the west of the county yesterday evening (Tuesday, June 5), the spokesperson added.

The incident occurred on a farm at Leamybrien, according to a spokesperson for An Garda Siochana. It is understood the man was working with a tractor when he got into difficulty.

He was later pronounced dead at the scene and his body has since been removed to University Hospital Waterford for a post-mortem examination.

It is believed that the man was crushed by a tractor on the farm, near Kilrossanty, Co. Waterford, according to RTE.

The man was purportedly cutting or collecting silage at the time.

Gardai in Mallow, Co. Cork, are appealing for witnesses following a fatal collision involving a tractor and a van on Monday, June 4.

The incident occured on the R522 between Buttevant and Liscarroll at approximately 1:00pm.

Emergency services were called to the scene of the collision, involving a van and a tractor drawing a slurry tanker, on the R522 – approximately three miles from Buttevant.

The driver of the van, a man in his late 30s named locally as Patrick McMahon, was pronounced dead at the scene a short time later.

Two passengers in the van – Patrick’s 14-year-old daughter and her 17-year-old friend – were airlifted to Cork University Hospital.

Their conditions are understood to be serious.

It is believed that the occupants of the van were on their way to a beach. The partner of the van driver was following in a car close behind the van and arrived on the scene shortly after the accident.

The driver of the tractor – a male in his late 20s – was not physically harmed. It is understood that the stretch of road where the accident occurred comprises of a series of “bad bends”.