The drop in farm income in 2018, which was revealed by Teagasc this week, is “depressingly predictable”, according to Sinn Fein.

On Tuesday, December 4, Teagasc revealed their ‘Annual Review and Outlook 2019’ report, which showed a 15% decrease in average farm income this year.

Now today, December 6, Sinn Fein’s Liadh Ni Riada, a member of the European Parliament (MEP) for Ireland South, and presidential candidate this year, has blamed failures in Government policy for the drop in income.

Trying to talk to this Government about rural Ireland is like talking to the wall.

“This time last year, rural communities and farming organisations warned the Government that, unless something was done to address the tillage crisis, the problem would be twice as bad next year,” said Ni Riada.

She argued that: “Sure enough, nothing of substance was done and the Government kicked the can down the road for another year and now we’re seeing the depressingly predictable result of their head-in-the-sand approach.”

Ni Riada also highlighted the issue of vulture funds buying family farms and selling them on, and the problems this brings.

“Meanwhile, vulture funds are circling overhead, looking to scoop up family farms and sell them on to the highest bidder with no regard for the homes, livelihoods or traditions they are destroying,” she said.

Ni Riada went on to accuse Leo Varadkar of ignoring the difficulties faced by people in rural Ireland.

“Sadly, it seems to be just another case of An Taoiseach’s infamous indifference to anything happening outside the Dublin bubble,” she concluded. 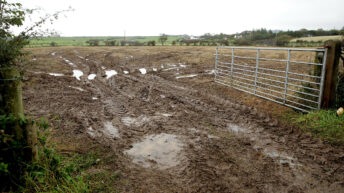