Despite a relatively large beef kill during the week ending February 18, base cattle quotes have remained largely unchanged this week.

Looking at recent market returns, in-spec, R3 steers made a top price of 416.5c/kg during the week ending February 18; the average paid stood closer to 407c/kg. 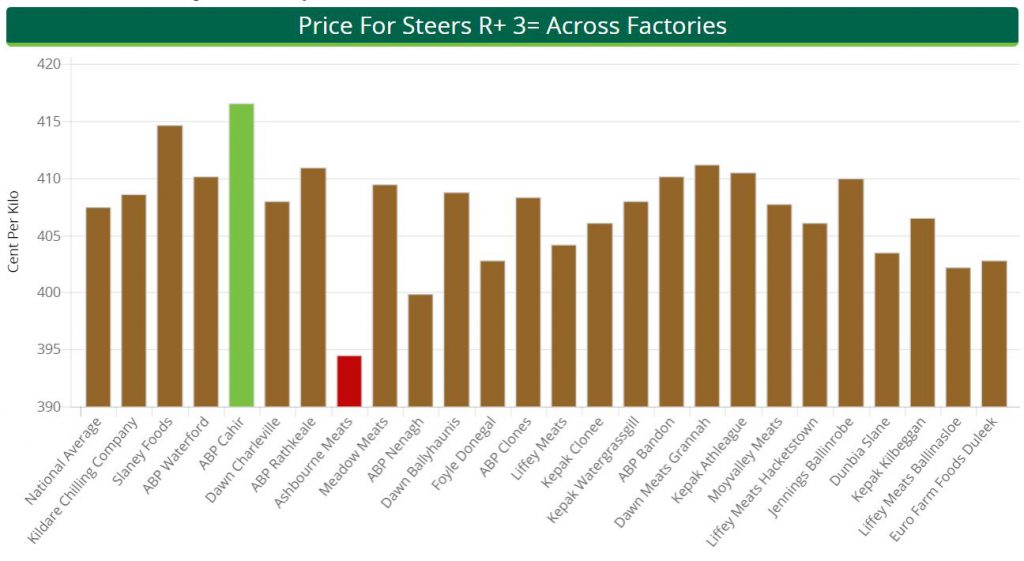 Moving to heifers, in-spec, R3 heifers traded for an average price of 421c/kg during the week ending February 18 and the top lots realised 438c/kg. However, it must be noted that these prices are inclusive of breed-specific and QA bonuses where applicable. 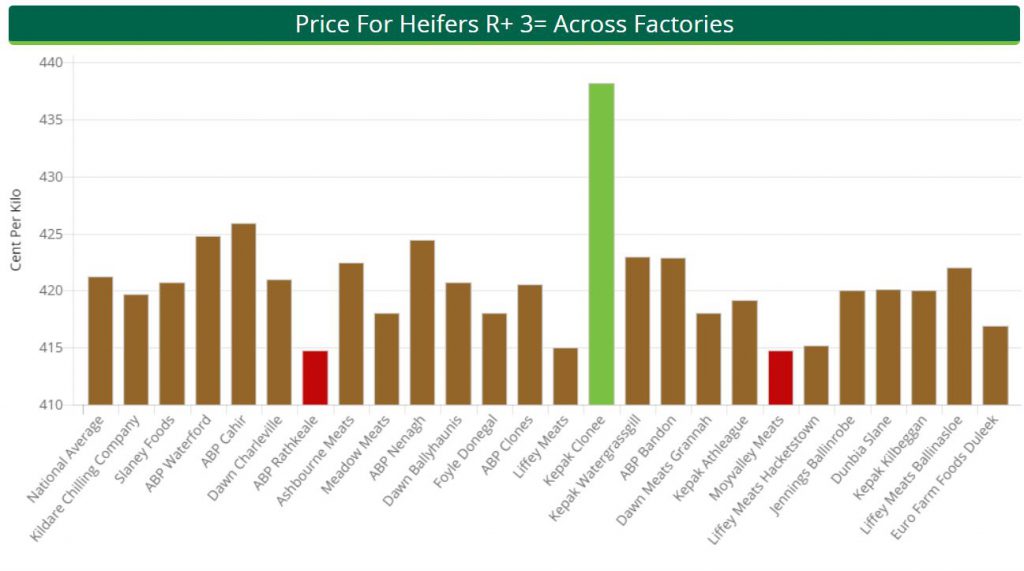 As has been the case in recent weeks, cow prices continue to remain firm. Factory buyers are currently starting negotiations with farmers at 325c/kg for P-grade cows, 330c/kg for O-grade animals and 350c/kg for R-grade lots.

Over recent days, factory buyers have been busy at the ringside sourcing cows. Many of the better-quality lots purchased achieved prices in excess of €2/kg.

Some 235,549 cattle were slaughtered in Department of Agriculture approved beef export plants this year. When compared to the same time last year, that’s an increase of 6,008 head or 2.6%.

So far this year, 38,946 young bulls have been processed in Irish factories – up by 2,199 head when compared to the corresponding period in 2017.

The number of steers slaughtered across Ireland has also built rapidly; slaughterings have topped out at 75,715 head. In addition, some 69,917 heifers were slaughtered during the first seven weeks of 2018.

Meanwhile, the number of cows slaughtered in Irish plants has actually decreased on the quantity witnessed during the corresponding period in 2017. Between January 1 and February 18, some 46,533 cows were processed in Irish plants.

During the week ending February 18, 35,838 cattle were processed in factories across Ireland. This was a steady increase of 824 head compared to the previous week.

Looking at steer throughput, some 11,871 steers were killed during the seventh full week of the year – a jump of 718 head or 6.4% on the previous week. On the back of strong market demand, cow throughput also increased to reach 7,550 head.

On the other hand, there was a noticeable decrease in young bull slaughterings. Some 5,038 young bulls were slaughtered during the week ending February 18 – down 699 head on the previous week.

In addition, there was also a slight drop in the number of heifers processed. A total of 9,977 heifers were slaughtered last week – down 0.2% on the week before.