Expansion boost for national park in the west 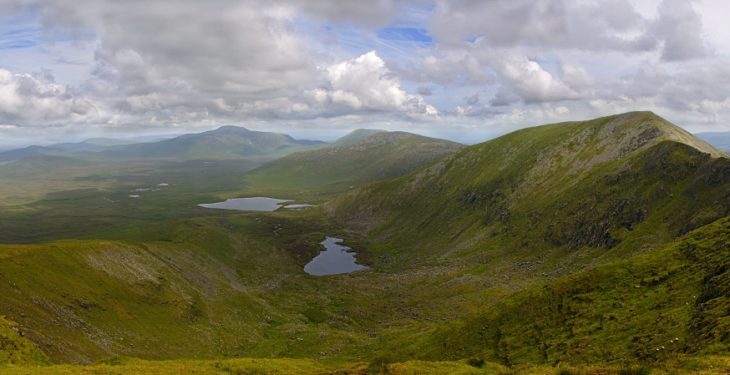 Michael Ring, the Minister for Rural and Community Development, and Josepha Madigan, the Minister for Culture, Heritage and the Gaeltacht, recently announced the expansion of Ballycroy National Park to include the area known as Wild Nephin.

The Wild Nephin area will now be added to Ballycroy National Park, expanding the total size of the national park to over 15,000ha.

The expansion of Ballycroy National Park is the result of a long-standing collaborative project between Coillte and the Department of Culture, Heritage and the Gaeltacht.

Minister Ring said: “The transfer of the beautiful Wild Nephin area into Ballycroy National Park will make Ballycroy one of the largest national parks in the country and one of the premier destinations to experience nature in a pristine and wild landscape.

“This gives both the country and importantly the community another accessible area of un-mirrored and unrivalled beauty.

“With the consolidation of the entire Wild Nephin area into the ownership of the National Parks and Wildlife Service (NPWS), the potential for this park is enormous.

This new acquisition of land will be the key link from the Great Western Greenway going north into Bangor Erris and Ballycastle, and will be an important tourist hub and a gateway for cyclists and hikers from the greenway into north Mayo.

“One of the major advantages of this consolidation of land will be that access to Ballycroy National Park, which had been a significant problem to date, will be greatly improved.

“I have been working with partners – in particular Coillte, Mayo County Council and the local communities – to develop new access routes and initiatives. Having initiated this process when I was Minister of State in the Department of Culture, Heritage and Gaeltacht, I am delighted to see it come to fruition.”

Meanwhile, Minister Madigan also outlined that the Wild Nephin Area is an important area for nature conservation and public amenity.

“The culmination of constructive engagement between Coillte and my new department addresses a long-standing strategy to align key environmental assets. I believe an exceptional opportunity has been realised for the state.

“The transfer of land shows once again the state’s determination in preserving our natural heritage – not only for ourselves, but also for our children and our children’s children. Our commitment to strengthening our store of core diverse habitats and amenity areas means we can continue to support a range of protected bird and mammal species,” the newly-appointed minister noted.

Today’s announcement will add to the overall biological diversity of the National Park, and will be augmented further under park conservation management.

The NPWS will now manage this transfer of land and a public amenity conversion plan will be put in place, according to the Department of Culture, Heritage and the Gaeltacht.

Overall, the project reflects the ongoing commitment of all stakeholders to improve the recreational potential of this area whilst ensuring the highest standards of nature conservation, the department said.

Gerard Murphy, the managing director of Coillte Forest, said: “As Ireland’s largest forestry company, we are delighted to be able to facilitate the expansion of Ballycroy National Park. Coillte and the NPWS have a long history of working closely together and enabling each organisation to provide best in class facilities with unique recreational and social benefits, that increase conservation and biodiversity.

The expanded Ballycroy National Park will be an asset to the region, in line with the joint-vision by Coillte and the department for a wilderness area.

“Without a doubt, the park will have the dual benefit of preserving our natural environment for the enjoyment of present and future generations, while also improving the local and national economy through the generation and expansion of responsible sustainable tourism,” he concluded. 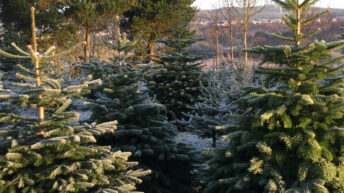 Over 600,000 Irish Christmas trees to be harvested this year