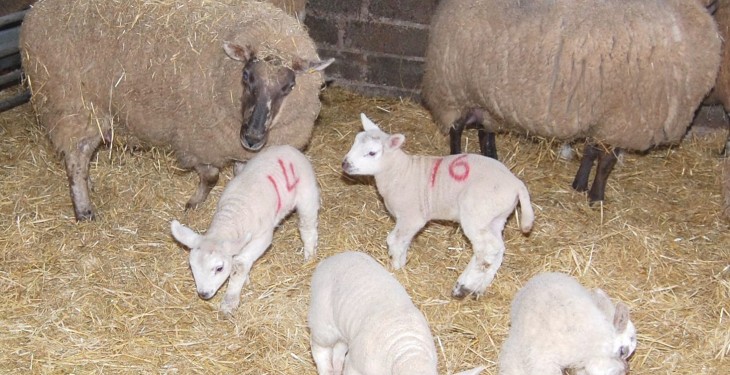 A ewe has managed to defy million-to-one odds to successfully give birth to six lambs on a farm in the midlands.

The exceptional birth made for an eventful night shift on the farm run by Richard and Ken Mathews – a father and son partnership – in Killeigh, Co. Offaly.

The lambs were born at around 3:00am yesterday morning (Tuesday, March 13).

The Mathews are accustomed to large litter sizes on their farm due to their prolific flock of Suffolk/Belclare cross ewes.

Meanwhile, in Co. Mayo, a 17-year-old ewe gave birth to a lamb last Friday – representing its 16th year in lamb.

The reliable ewe is owned by the Gunning family from the north-west of the county. Christened Betty Boo, the ewe was originally reared as a pet lamb.

Recently, a farmer in the midlands was left surprised after a ewe gave birth to five healthy lambs, without any assistance.

Speaking to AgriLand, O’Neill explained how he spotted the Cheviot cross ewe – who was in lamb to a Dorset ram – getting sick for lambing and brought her into a shed at around midnight in recent days. 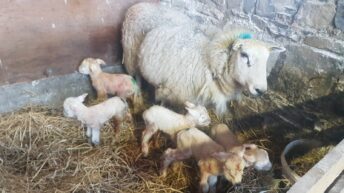