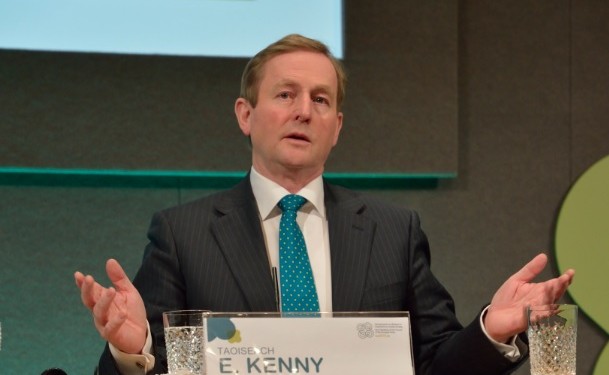 The success of the agri-food sector means there is an onus on everyone to plan for the future, the Taoiseach Enda Kenny said recently.

Speaking at the IFA AGM dinner, he said that he hopes that ‘Irish’ would become a byword for quality food and drink. The Agri-Food 2025 strategy, he said, will be a clear plan for where jobs will be created and how Irish food and drink will be the top choice for consumers.

Welcoming the 2015 Action Plan for Jobs by the Government, the Minister for Agriculture Simon Coveney said that the agri-food sector, which had a strong export focus, was pivotal to progressing the current economic recovery.

“Industry employment surveys demonstrate that employment growth of around 4,000 has occurred since Food Harvest 2020 was published, reversing the previous decade’s net job losses of 1,500.”

His aims, he said, are to provide a policy and regulatory framework that encourages increased employment, by building on the success achieved to date on exports, industry investment, research and development and innovation, as well as making sure that the new Rural Development Programme and new strategic policy formulation are directed at maximising the contribution of this sector to economic growth and job creation.

He said the Government is actively working with industry leaders to ensure that growth continues.

“Investments up to €600 million are are underway or in the pipeline and as part of the 2015 APJ Enterprise Ireland intends to support 28 significant food and drink industry investments, a number of which will be FDI projects.”

The Action Plan for Jobs is the Government’s plan to improve the conditions for creating new jobs. It is a whole-of-Government initiative under which all 16 Government Departments and 46 Agencies work together to support job creation and protection, and is a sister document to Pathways to Work.

The main strategic ambitions of the Action Plan for Jobs are:
• to support 100,000 additional jobs by 2016;
• to achieve a top 5 competitiveness ranking;
• to build world class clusters in key sectors of opportunity;
• to build an indigenous engine of growth; and,
• to develop Ireland as the best small country in which to do business.