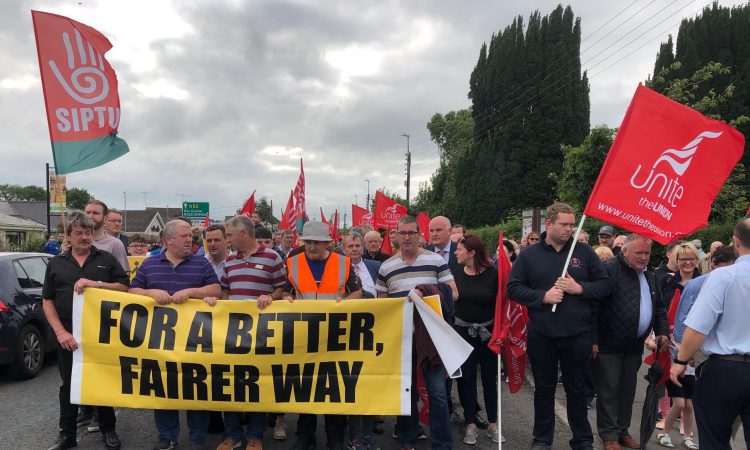 Tommy Murray has worked for Bord na Móna for 42 years.

Born and reared in Lanesboro, Murray took up an apprenticeship role with the semi-state body in his hometown when he was just a teenager. And like many of his colleagues he has worked there ever since.

Murray told those gathered at the protest in Lanesboro over job losses on Monday, July 22, at the Lough Ree Power Station that he feels “very let down” by the company.

Over 300 people including employees, their families and members of the south Longford community walked in unity and solidarity through the main street of the town where Bord na Móna has been a fixture for over 60 years.

The company announced two weeks ago that as a direct result of the shutdown of the local power station it was forced into making a decision to lay off a large number of workers including 78 seasonal employees and 72 permanent staff.

I feel very let down by this company and shame on Bord na Móna is what I say.

Murray continued: “I’m not going to get into the political side of things – the union people can do that – but what I would like to say is that, from the heart, we really do appreciate the turnout here today – we really appreciate that.”

Meanwhile, Willie Noone, secretary of the group of unions representing Bord na Móna workers, spoke at the event.

He pointed out that while the company has already publicly announced that between 380 and 400 jobs will be lost, what happened in Lanesboro over the last couple of weeks was “totally unacceptable”.

People that work in Bord na Móna are facing a very uncertain future – they are faced with making decisions in a very short period of time that are life changing.

He continued: “The unions are currently trying to protect the terms and conditions of employment for Bord na Móna workers and to try and work with the most vulnerable in the company which is the seasonal workers.

“While we are concentrating on the permanent employees today, I want to make it very clear that the seasonal workers are of no lesser value.”

Noone went on to tell the large gathering on Monday evening that on June 5 last the group of unions balloted their members throughout Bord na Móna.

“We got a simple, clear agreement – ‘we accept that going into the future there will be no jobs and no work’,” he added.

So we laid down markers and we sat down with the company.

“We pointed out that when it came to contractors, out-sourcing of work, lay-offs or the short-time it would be necessary for it to sit down with us in advance, we would then be in a position to deal with any issues that would arise.

“But what happened last Thursday week in Lanesboro was an absolute disgrace – the company brought in 150 workers and gave them all one week’s notice.”

Noone then highlighted the fact that he did not believe the company’s sentiments about the job losses either.

He added: “Within 24 hours of that announcement, the unions were able to prove that there were jobs and plenty of work to be done there.

“Bord na Móna cannot lock the gate on this and just walk away.” 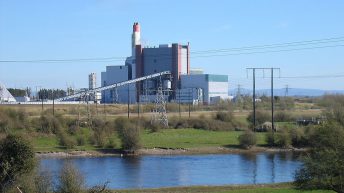