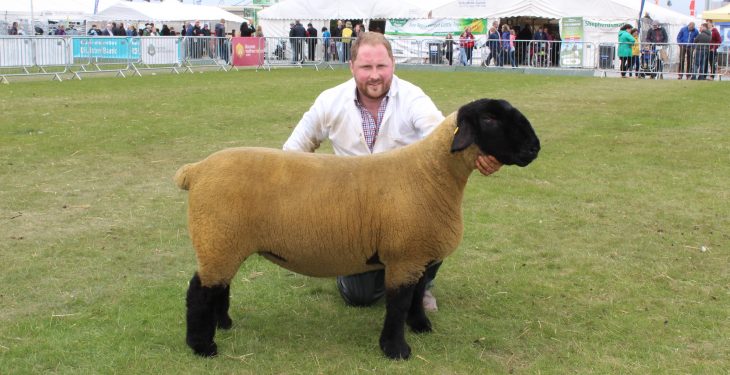 “This is our third Balmoral Interbreed title. We had previously won the Championship in 2009 and 2010,” he said.

“But it is still an unbelievable thrill to come up trumps at the show.”

The winning animal was born in January 2016. She is one of 70 breeding females within Robinson’s pedigree flock.

“That’s the end of her showing career. She has nothing left to prove,” he said.

“Our plan is to take the shearling home and run her with the rams this autumn. Her progeny should attract a lot of interest over the coming years.”

Brian Davis, from Brecon in Wales, judged the Sheep Interbreed class. He described this champion as an almost perfect example of the Suffolk breed.

“She has tremendous length and conformation. Adding to all of that, she has four great legs, a very high quality skin and lots of breed character.

“The shearling stood out as the best animal in the class.”

Davis runs a flock of 650 sheep, comprising a mix of Texel, Beltex and Clun Forest ewes. He is extremely conscious of the challenge which Brexit will pose to the sheep sector throughout the UK.

“We are highly dependent on export sales to Europe at the present time. And, provided we continue to maintain the highest quality standards, I see no reason why the current level of trade with the EU cannot be maintained.

There is no doubt that the weakness in sterling is certainly helping our case at the present time.

“We have had another very successful Balmoral Show. Texel breeding continues to grow from strength to strength here in Northern Ireland,” he concluded. 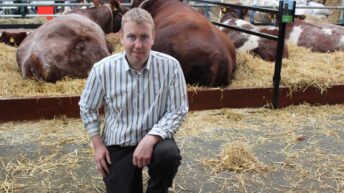