Earlier today it published a review of its 2016 operational and financial performance, which included growth in turnover, EBITDA and operating profit.

Driven by €900 million worth of Kerrygold global retail sales, 2016 saw revenues climb in the business.

This result includes investment in new and existing facilities and a €6 million increase in brand and market development – bringing total group investment to €51 million in 2016.

This provides the group with significant flexibility to fund future growth and support the working capital requirements of its members – the majority of whom are Irish co-ops.

Ornua also purchased more Irish produce in 2016, with Irish purchases jumping by 7% year-on-year to outstrip the rise in Irish milk supply of 4%.

Reflecting 2016’s strong performance, a Members’ Bonus of €14.5 million was declared, including a final bonus from the gain on disposal of DPI Specialty Foods of €5 million (in addition to the DPI-related bonus of €15 million already paid in 2016).

In May 2016, Ornua suspended the monthly Ornua milk levy in recognition of the on-farm challenges experienced by Irish dairy farmers due to the global dairy market downturn.

Commenting on Ornua’s 2016 operational and financial results, Kevin Lane, CEO of Ornua said: “We are very pleased to report a strong 2016 performance.

“Excellent performances in established markets such as Germany and the US were accompanied by continued expansion in our developing markets of Africa, China and the Middle East.

These results were achieved against a backdrop of significant market volatility and political uncertainty.

Lane added that Ornua has built a diverse global business by investing in its brands, technology, in-market presence and people.

“Ornua now exports to over 110 countries around the world.

“This strategy is ensuring our ability to continue to deliver for our members and for the Irish dairy industry, even in more uncertain market conditions,” he said. 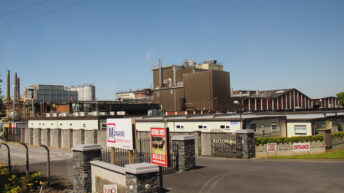 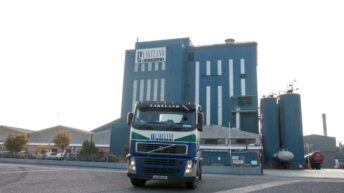