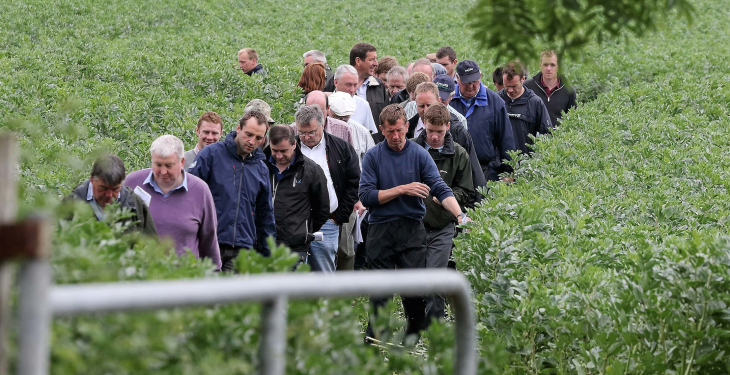 Payments under the Protein Aid Scheme have started to issue to farmers this week.

The Scheme was introduced as a coupled support in 2015 as part of the implementation of the reformed CAP package in Ireland.

Minister for Agriculture, Food and the Marine, Simon Coveney said he is delighted to confirm that payments are now issuing under the Protein Aid Scheme.

He said the €3m set aside for this Scheme is an important support for the production of protein crops in Ireland.

“I recently announced that the rate payable under this Scheme had been increased to €280 per hectare, and this support will now work to underpin growth in the sector and to provide a more consistent supply of Irish grown protein,” he said.

The scheme is designed to give an incentive for the industry and all relevant stakeholders to grow the protein sector by developing crop varieties that are best suited for Irish conditions coupled with more stable market outlets.

A consistent supply of protein, grown in Ireland, would potentially give Irish livestock farmers the opportunity to use more natively produced protein feed and to market their produce in higher value markets.

The new Protein Aid Scheme has seen the production of protein crops by tillage farmers surge by 300% this year, according to the Department of Agriculture.

According to Teagasc, figures the area of spring beans increased significantly in 2015 to 9,300ha with the  ‘greening’ requirements under CAP also a key factor.

It says crops got off to a very good start and grew rapidly in April and May. Flowering and pod set occurred in fine weather which also helped reduce Chocolate Spot inoculum levels.

Teagasc says there was adequate rainfall during canopy expansion and the cool summer favoured pod fill. Beans were very late to ripen with most crops being cut in October and into early November.

Another feature of beans this year, according to Teagasc was that lower pods were difficult to harvest, resulting in volunteer beans in many fields.