Divine inspiration? This tractor has a trick up its sleeve… 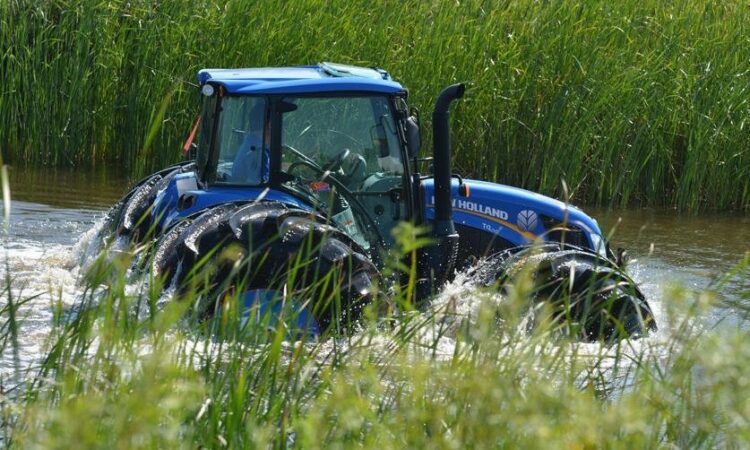 Tyre manufacturer Mitas has followed through on its promise; it staged an unusual, eye-catching demonstration in the run-up to this year’s Farm Progress Show in the US.

The manufacturer fitted massive floatation tyres to a New Holland tractor to enable it to ‘swim’ across water.

Interestingly, this is not the first time Mitas (part of Trelleborg Group) staged such a publicity stunt; it did something similar back in 2016 when a 4t Claas Axos 320 “walked on water” in Offingawier (Netherlands).

Below is a video (from Tractor World) showing the tractor/tyre pairing in action.

Preparing for the “stunt”, a spokesperson told outlet Wallaces Farmer: “We’ve done a lot of R&D (Research & Development) with this and we haven’t lost anyone yet.”

He explained that the demonstration is a conversation starter. He said: “If visitors remember it and what the meaning is, we hope it will help them [to] think about compaction and their business.”

He concluded: “We will not be giving any rides.”

According to Newton Daily News – a US-based outlet – the “floating tractor” is one of the displays that is likely to draw the crowds.

It explained: “Using tyres specially designed for floatation, Mitas has unveiled its floating tractor. Using a retention pond on the edge of the Farm Progress Show site, the blue [New Holland] tractor paddled effortlessly through the water during an early morning demonstration.”

The outlet went on to say that the three-day Farm Progress Show (which takes place on August 28-30 in Boone, Iowa) is expected to attract 160,000 visitors from 46 states. The event is claimed to have an economic impact that exceeds $13 million for the surrounding area each year. 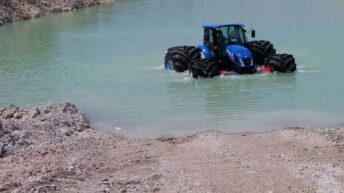